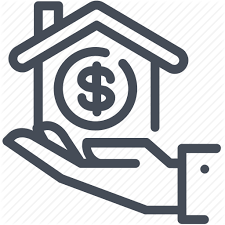 Starting later this year, U.S. homebuyers will have the option to pay for their mortgage in bitcoin.

United Wholesale Mortgage, which made its public debut in January via a special purpose acquisition (SPAC) merger, announced plans this week to accept cryptocurrency for home loans, in what is being billed as a first for the national mortgage industry.

“We’ve evaluated the feasibility, and we’re looking forward to being the first mortgage company in America to accept cryptocurrency to satisfy mortgage payments,” CEO Mat Ishbia said in the company’s second quarter earnings call on Monday.

“That’s something that we’ve been working on, and we’re excited that hopefully, in Q3, we can actually execute on that before anyone in the country because we are a leader in technology and innovation.”

The Michigan-based mortgage company confirmed to CNBC that it’s aiming to start by accepting bitcoin, though UWM is in the process of evaluating ether and other cryptocurrencies as well.

“We are evaluating the feasibility and requirements in order to accept cryptocurrency to satisfy mortgage payments,” said Ishbia in a tweet via the company’s account.

UWM – the nation’s second-biggest mortgage lender after Quicken, the Detroit-based lending giant owned by Rocket Companies – works solely through wholesale channels, meaning that the company employs a fleet of brokers who then connect clients to home loans.

The push into decentralized digital money comes at a time of heightened scrutiny of crypto from all sides in the U.S.

Revamped crypto tax rules are a part of the $1 trillion infrastructure bill, and financial authorities like Treasury Secretary Janet Yellen, SEC Chair Gary Gensler, and Fed Chief Jerome Powell have all spoken recently on the topic of whether to regulate cryptocurrency.

It is unclear is whether UWM will hold the cryptocurrency it accepts or convert it to fiat at the point of transaction. The company did not immediately get back to CNBC with that information.