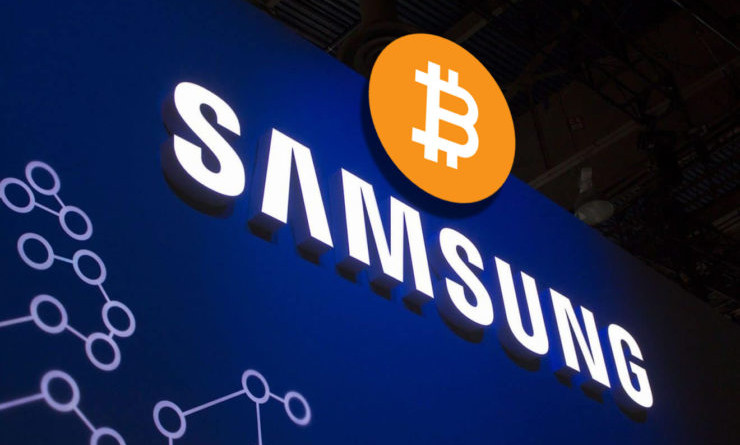 Samsung, the South Korean technology giant and creator of the Galaxy smartphone range, could soon become one of the biggest drivers of bitcoin, crypto and blockchain adoption.

While bitcoin traders and investors are focused on the upcoming bitcoin halving, a looming U.S. bitcoin crackdown, and rocky crypto trading volume, Samsung is putting the power of bitcoin, crypto and blockchain in people’s hands.

These new 5G enabled smartphones build on the Galaxy S10 ranges’ bitcoin, cryptocurrency and blockchain support, which last year was revealed to boast a built-in bitcoin and cryptocurrency wallet.

“We created a secure processor dedicated to protecting your PIN, password, pattern, and Blockchain Private Key,” Samsung wrote on its website, announcing the new S20 Galaxy phones. “Combined with the Knox platform, security is infused into every part of your phone, from hardware to software. So private data stays private.”

What Is The Missing Link Between Jobs And People?

Black History In The Making: An Interview With Kendra Gaunt

Samsung’s so-called Blockchain Keystore was introduced last year, initially with support for ethereum and other ERC-20 tokens, but adding bitcoin in August.

Those using Samsung devices with the Blockchain Keystore are able to store the private keys to their bitcoin and crypto wallets on the device.

Control over a wallet’s private keys is often cited as one of the most overlooked and important aspects of bitcoin and cryptocurrencies, with many of the biggest crypto exchange hacks and thefts happening because people fail to store their tokens in wallets they have the private keys for.

If bitcoin or cryptocurrencies are stored on a smartphone-based wallet that gives users control over their private keys it removes reliance on external exchanges.

Bitcoin and cryptocurrency adoption has fallen short of expectations in recent years, with some predicting that bitcoin and other cryptocurrencies would be widely used by 2020 following bitcoin’s epic 2017 bull run.

However, technology and user experience developments from the likes of Samsung and micro-blogging platform Twitter could help the bitcoin and crypto industry drive adoption.

U.S. coffee chain Starbucks will be its first launch partner, with the company one of the original backers of the crypto project, along with software giant Microsoft and Boston Consulting Group.