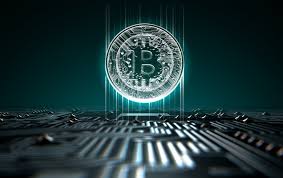 A piece of news has come from the Russian Federation which, when declared official, could skyrocket the Bitcoin. A Russian economist named Vladislav Ginko believes Russia may soon ditch USD and adopt Bitcoin. Unfortunately, this is not an official statement from the Russian Federation but from an economist named Vladislav Ginko, who is part of a state-run think tank.

What comes from Professor Ginko and other Russian Government insiders, it appears there are several possible paths for them to implement this. Obviously, given the current regulatory and infrastructure environment in Russia, it’s slightly difficult to execute it right away but things may gradually change.

The more likely step here seems that Russia will need to set up an intermediary service, possibly introducing a new crypto coin through an already established financial institution. Though it’s not new that Russia and a few other countries are very interested in de-dollarization, one can only speculate on how close these countries are to replacing it with bitcoin.

KodakCoin may soon be a reality

Exactly one year ago today, photography giant Kodak announced that it will launch an ICO with their own token ‘KodakCoin’, which was designed to track the ownership of images on the Internet.

Of course, at the time there were a lot of startups raising a lot of capital by announcing new coins so the market was a bit skeptical about this one and hence it soon went off the radar. But exactly a year later, there is a nice surprise. A certain section of blockchain media has reported the success of Kodak’s beta test.

Apparently, it is also believed that Kodak was able to generate over $1 million in licensing claims. While Kodak entry into blockchain and crypto is a piece of great news, it also lays an example of how an old-world company under deep financial burden managed to take a huge swing at blockchain innovation and hopefully will change the world for better.

The crypto markets are consolidating gains at the moment and it seems that once again prices have stabilized. Bitcoin is holding steady at $4020 (press time). One thing here to highlight is that, according to the data available on Tradingview.com, it looks like there is a short-selling volume on the Bitfinex crypto exchange. So there may be some shorts rolling out and it might build pressure on Bitcoin.