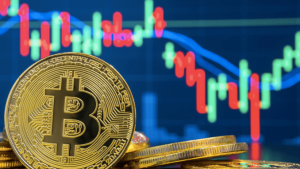 A prominent Bitcoin whale who made a name for himself by ranking at the top of the Bitfinex trading leaderboard says he believes a massive altcoin purge will happen before the next BTC leg up.

In a new tweet, trader Joe007 says the altseason predicted by many is not on the horizon.

“My view is that shitcoin mass extinction event will likely precede next Bitcoin rally. Make of it what you will.”

The crypto strategist is also bearish on the king cryptocurrency in the short term. He’s predicting a massive shakeout that rivals the coronavirus-induced sell-off in March.

“A lot of people are expecting a downleg, yes. But the question is – are they prepared to buy into a real dump, like a repeat of early March – or worse?”

Despite his short-term outlook on BTC, Joe says he remains a long-term bull on the dominant cryptocurrency.

“If I thought BTC would go to zero, why would I accumulate it and keep net long position at all times?…

Via; The Daily Hold