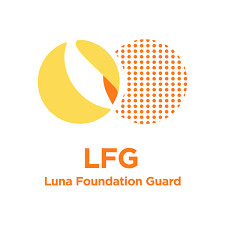 Luna Foundation Guard (LFG), a non-profit organization formed to support the growth of the Terra ecosystem, has yet to answer a crucial question about its bitcoin reserves after Terra’s collapse.

LFG accumulated a total of 70,736 bitcoins (worth over $2 billion) as “forex reserve” for Terra’s algorithmic stablecoin UST, which has recently severely depegged and created havoc in the crypto market.

While LFG acquired those bitcoins to save UST, it couldn’t. UST, supposed to be worth $1 at all times being a stablecoin, has lost almost all of its value. It is currently worth roughly $0.12.

In the end, LFG’s bitcoin reserves failed to shore up UST’s peg against the dollar. Out of the total bitcoin reserves, LFG recently provided a “loan” of $750 million in bitcoin to over-the-counter trading firms and market makers “to help protect the UST peg.”

That means LFG should still have over $1.2 billion worth of bitcoin in its reserves. But thus far, the organization has not provided any details on those funds.

LFG’s publicly-known wallet address shows zero bitcoin balance. This address was announced on May 9, with the group saying:

Where is the bitcoin?

As mentioned above, LFG’s wallet address has thus far received 70,736 bitcoins in total, worth over $2 billion. It has also sent out that entire amount, showing the balance as zero.

It is not clear where exactly it has sent those funds. The Bitcoin blockchain doesn’t label private wallets on-chain.

“It is strange that there’s no clear accounting on what happened to those funds,” said Mika Honkasalo, a former research analyst at The Block and now an independent crypto researcher. “$750 million was given to market makers and the rest has been moved from the treasury address — but there’s no indication what has been done with them. This should be a matter that is easy to clear up.”

Last week, LFG tweeted that it had accumulated a total of 80,394 bitcoin in its reserves. Wallet addresses of those extra 9,658 bitcoins aren’t publicly known, according to The Block Research, and those bitcoins also remain unaccounted for by LFG.

Furthermore, LFG has also not provided the details of the $750 million loan, such as who the borrowers are, the interest rate, and the loan’s current status.

According to Honkasalo, the entire bitcoin reserves could have been sold by LFG since that was supposed to be done to shore up UST’s peg. Or, some of it could been reserved for some future use that is undecided or unannounced — “a Hail Mary to keep the foundation’s development efforts going in the future,” said Honkasalo.

Amid the UST chaos, LFG was said to be seeking even more funds, an additional amount of over $1 billion, to defend the stablecoin’s peg, but those efforts seem to have stalled since LFG hasn’t made any announcements in that regard.

The Block reached out to LFG for comments, but its representative cited “a high volume of requests” and referred The Block to follow Twitter for the latest updates.