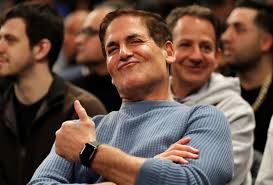 The bitcoin price has lost around 16% since Cuban’s comments, while bananas are still going for about the same—proving Cuban right, in a way.

Now, after previously branding bitcoin “too hard to understand,” Cuban has said that he’d support bitcoin if it were easier to use and if it could be spent without having “to convert” it to fiat currency.

“[Bitcoin] would have to be so easy to use it’s a no-brainer,” Cuban told the co-founder of asset manager Morgan Creek Digital, Anthony Pompliano, on The Pomp Podcast last week when asked what would have to happen to change his mind on bitcoin.

“You’ve got to be able to spend [bitcoin],” Cuban added. “Because right now you still have to convert it for anything that you want. And as long as you have to convert it, you’re still dependent on [government-backed] fiat [currency].”

Bitcoin adoption has failed to take off in recent years, with many hoping bitcoin’s epic 2017 bull run would have resulted in widespread bitcoin and cryptocurrency use.

Rapid improvements in banking and financial technology, including apps and faster cross-border payments, meant demand for an alternative such as bitcoin evaporated.

In order to compete, bitcoin “would have to be completely friction-free and understandable by everybody first,” according to Cuban. Easy enough that “grandma could do it.”

Bitcoin has, however, been repositioned as a store of value and potentially safe-haven asset, with many bitcoin and cryptocurrency advocates declaring it “digital gold”—a comparison Cuban isn’t entirely onboard with.

“With gold, at least there’s gold coins—I could use gold bars as furniture. But with bitcoin, it’s virtual, and that’s its beauty and that’s its problem,” Cuban said.

Cuban has previously dipped his toes into the world of bitcoin and cryptocurrency, investing in multiple crypto businesses, including a digital token e-sports betting platform and a crypto venture capital fund, and experimenting with bitcoin payments for his basketball team the Dallas Mavericks with underwhelming results.

Cuban, who made a name for himself as one of the main “shark” investors on reality television series, Shark Tank, has previously criticised Facebook founder Mark Zuckerberg’s decision to create a cryptocurrency to rival bitcoin, suggesting a global currency like Facebook’s planned libra, could be “dangerous.”

However, Cuban admitted the historic action undertaken by U.S. Treasury and the Federal Reserve in response to the coronavirus pandemic lockdown could give bitcoin purpose.

“To bitcoin’s potential benefit, if everything goes [wrong] because we’re printing so much money and there’s global implications, bitcoin has something to deal with and if we don’t, bitcoin’s got nothing,” Cuban told Pompliano.