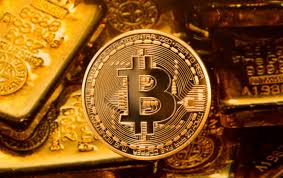 On Wednesday, the U.S. Treasury Department’s Office of Foreign Assets Control (OFAC) announced that two bitcoin addresses tied to Iran residents Ali Khorashadizadeh and Mohammad Ghorbaniyan were being added to its Specially Designated Nationals sanctions list, a first for the office.

Hours later, Telegram channels across Iran began to light up with chatter about privacy and the security of bitcoin wallets.

Iranian sources have told CoinDesk that some of them are no longer able to access the cryptocurrency swap platform ShapeShift, even when using virtual private networks (VPNs). As such, the sanctions appear to be already impacting Iranians who want to make lawful use of cryptocurrencies.

That’s why cryptocurrency miner Javad Sedighi in Isfahan, Iran, described the news to CoinDesk as “alarming,” because the stigma harms bitcoin users in the country.

Sedighi has been using bitcoin for two years, mining and sending remittances to family abroad. Like many Iranians who rely on cryptocurrency to support their families, the political news made him worried about the security and privacy features in some bitcoin wallets.

Some of the favored wallets among Iranians are Electrom, Atomic, Exodus, Samourai Wallet and Wasabi Wallet, especially its CoinJoin feature that sends many transactions in batches all at once to make it harder to track specific wallets. According to several Iranian developers, interest in the privacy coin zcash is also far more common these days.

An anonymous developer in Tehran, who has traded ethereum for bitcoin on global exchanges then sent the bitcoin to his own wallet, concurred that security and privacy are the two primary attributes he looks for in a wallet.

“Cutting a whole country off from global business is cruel,” the developer said, also affirming that laws should curtail criminal activity. However, most mainstream cryptocurrency exchanges like Coinbase will reject transactions connected to forbidden coins even several steps removed. As such, the criminal actions of a few may have ripple effects across Iran’s burgeoning community of retail buyers and users.

One anonymous source in Tehran with personal knowledge of the sanctioned wallet-holders told CoinDesk they might have sold some of their ransomware-tied bitcoin to unsuspecting street traders, which are increasingly popular in Iran given their limited access to international exchanges.

That’s why cryptocurrency trader and developer Sin Saad in Tehran is now pondering how the sanctions might impact his livelihood. He told CoinDesk:

“How can I know these bitcoin are sanctioned? By constantly checking the Treasury, Federal Reserve, or OFAC website?”

For less tech-savvy bitcoin users who might struggle with tracking blockchain data for specific coins, these listings present a significant risk. Meanwhile, Telegram wasn’t the only platform buzzing with talk of sanctions on Wednesday.

Attorney Steve Middlebrook tweeted that anyone who received bitcoin from those sanctioned addresses should “hold the coins and notify the feds.” Stephen Palley, a partner at the Washington, D.C.-based law firm Anderson Kill, tweeted his support for this legal perspective.

On the other hand, Attorney Nelson Rosario, who specializes in blockchain technology at Marshall, Gerstein & Borun LLP, tweeted an open question regarding how users could “clean” bitcoin from a sanctioned bitcoin wallet address. Could cooperating with U.S. authorities really help innocent bystanders avoid blacklists?

In the meantime, the Iranian mining industry is booming with fresh crops of untainted bitcoin.

“I’m trying to expand the mining industry and [bitcoin’s] use case for business in Iran,” Sedighi, the miner based in Isfahan, said, adding that he wants to help build a world with fewer sanctions and censorship. “Bitcoin users in Iran are mostly young people who are interested in technology.”

Much like Sedighi, Tehran-based developer Saad said that political complications only boost their dedication to promoting mainstream adoption. Saad said:

“We, as developers and traders, will find our route to make our dream a reality.”

He added that promoting healthy networks of private bitcoin wallets, beyond corporate exchanges, is important because governments can only enact sanctions against individual people and banks that interact or indirectly receive bitcoin from an identified wallet.

Governments cannot freeze privately held and operated bitcoin wallets themselves. So, the more that people store and transact with bitcoin by themselves, the less that lawful users need to fear discrimination.

As such, choosing a bitcoin wallet with strong privacy features is important for those who, in some ways, are literally becoming their own banks.

The anonymous developer in Tehran told CoinDesk that, despite the political tensions, bitcoin’s unique value proposition is inspiring more local engineers to learn about blockchain and start experimenting with uses of the tech.

“Public adoption would be the best thing I can wish for,” he added.