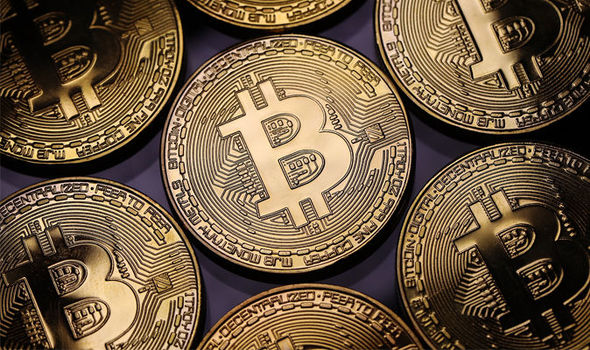 Enough with institutional investments, bitcoin price may also surge higher because of an active research and development community.

At least that is what a recent study by Electric Capital indicates. The San Francisco-based crypto asset management firm found that the number of developers working on public blockchains doubled since 2017. As of January 2017, there were a total of 2,190 developers working across the public coin projects. That number increased to 4,352 by the end of January 2019. The gap hinted that cryptos’ underlying technologies were being developed at a full-scale despite bearish market conditions.

“The number of monthly active developers fell 4-percent while the markets fell more than 80-percent,” said Avichal Garg, the co-founder of Electric Capital. “Developers who entered the crypto ecosystem have continued to build despite market conditions.” The statement quickly followed the mentioning of those public blockchain projects whose development communities were the most active among all. Per Electric Capital, Ethereum attracted the biggest developer team, averaging 99 unique participants every month to build the core protocol. At the same time, Bitcoin came a distant second by drawing an average of 47 developers per month. 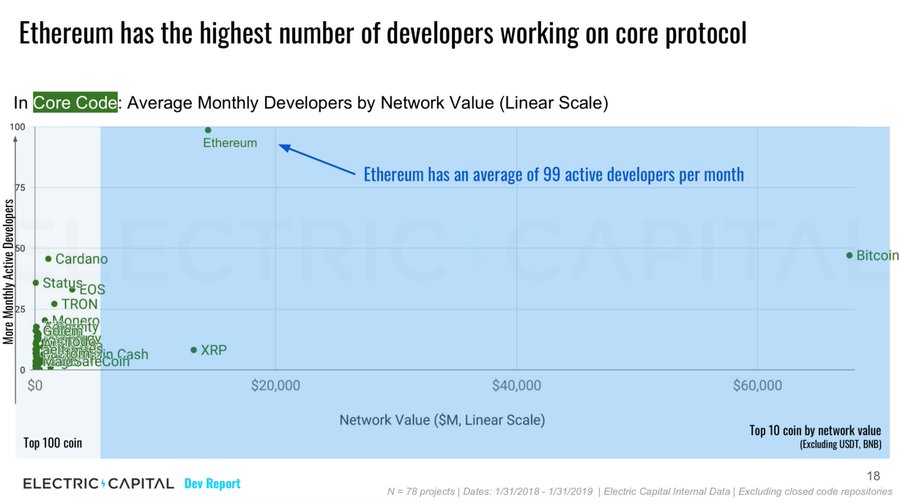 6/ If you consider TOTAL code developers (protocol + wallets, docs, APIs, etc…), @Ethereum still has the most developers. More than 200 developers/month are working on Ethereum.

Reminder: this is an undercount as it doesn’t include ecosystem devs like those working on @Truffle. pic.twitter.com/OLwuSTdD3i 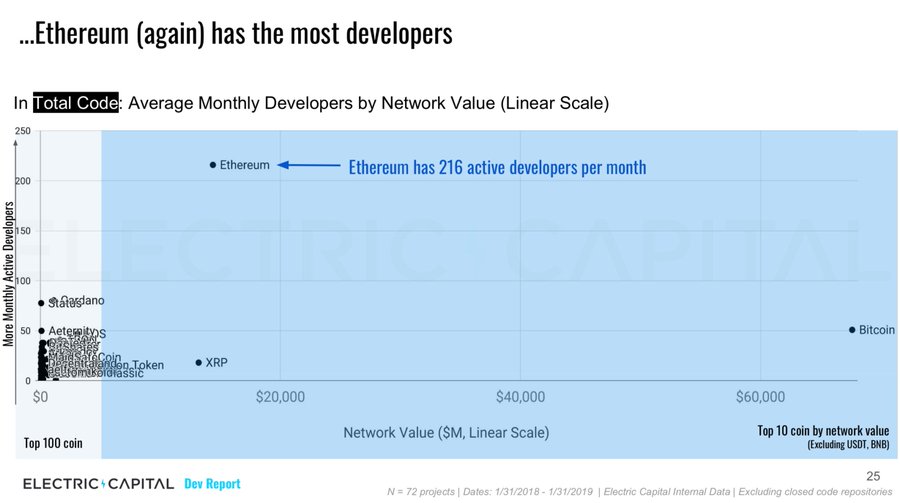 17 people are talking about this

“Bitcoin hasn’t fallen below 35 developers in the past year. Its developer ecosystem is in top health,” said Garg, adding that the development activity on some platforms, including EOS, Dogecoin, Litecoin, Bitcoin Diamond, and Bitcoin Gold, was either dead or close to nothing.

“By using, for the first time, a unique measure of innovation potential, we find that the latter [developer activity] is, in fact, the most important factor associated with increases in cryptocurrency returns,” said Vergne, an associate professor at Ivey Business School, Canada.

Unlike a company, which usually hire private researchers and developers to oversee the improvement and innovation of their products/services, decentralized projects like bitcoin rely on voluntary participation. Time after time, developers submit their core upgrade proposals to bitcoin’s GitHub repository – called commits. The commits with maximum votes get integrated into the bitcoin mainframe. In return, their authors – the developers – receive a healthy bounty derived in value-carrying bitcoin tokens.

Sometimes, the rejected codes lead the authors to create their separate project. For instance, Roger Ver’s proposal to increase the bitcoin block size from 1 MB to 8 MB led him to create an altogether competing coin – Bitcoin Cash.

High voluntary participation indicates that the project in concern is going in the right direction. End users perceive such projects as more durable and robust. As a result, they become more confident in holding the project’s underlying asset.

That said, an increase in crypto development activities – in particular, bitcoin – is the most vital fundamental factor to consider. Active research and development is the key to attract significant monies to the sector, thus increasing the value of the underlying asset itself.