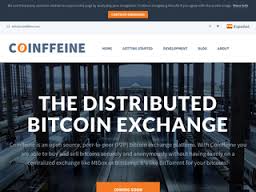 A single point of failure is a sure way to test Murphy’s Law (can go wrong, will go wrong), and when dealing with a massive store of wealth, in bitcoins or otherwise, this is not a law you want to prove.

Ever since the failure of Mt. Gox and the subsequent centralized Bitcoin exchanges which have been hacked, proved insolvent, have been the object of exit scams, or buckled under the weight of obvious manipulation, there has been clamor toward a decentralized exchange. There exists technology on which this can be done, escrow services and multi-signature addresses, but these methods, by themselves, add even more complexity to Bitcoin trading than already there. Thus the question has been – can we have a decentralized experience that doesn’t feel like one? A decentralized exchange that works as flawlessly as the centralized counterparts (until they are robbed blind by their owners or hackers)?

Coinffeine has created a platform that does not want to hold your bitcoins. Instead, you use the Coinffeine desktop wallet and trade directly from it. It integrates the functionality of exchanging bitcoins and allows for the use of local payment rails. It varies from LocalBitcoins in that your bitcoins remain local until you execute a trade. Let’s look at this in real world terms. Suppose we’re going to market to buy some watermelons. The centralized model requires that when you get to the market, you hand over the money you intend to spend before spending it, with no veritable way that you’ll ever actually get your money back or the value. The Caffeine decentralized model is truer to life: you hold your money until you are ready to spend it.

At present, you must have an OKPay account to use the software, but the company intends to expand to PayPal and others later on. Also, the service is not yet global, offering services now in 70 countries where it is apparently not illegal, including China, Russia, and Brazil.

Whatever drawbacks there may be with Coinffeine, it is the first in a groundbreaking wave of Bitcoin trading technology that will enable a future free of exchange heists and fraud.