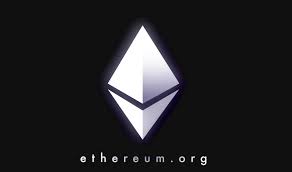 The price of ether, the cryptocurrency of the ethereum network, has surged over the last week, rising to the most in more than eight months and approaching a new all-time high – even as digital currencies like bitcoin and dash have generated significant visibility through their own sharp price gains.

Ether prices have risen as much as 59% during the week, reaching $20.67 at roughly 10:44 UTC today after opening slightly above $13 on 25th February, CoinMarketCap figures show. At the time of report, ether had pulled back somewhat, but was still trading roughly 50% higher for the week at $19.54.

As a result of its rally, the digital currency’s price reached its most elevated level since mid-June 2016, when ether prices traded an all-time high amid the hype surrounding distributed organization The DAO.

This week saw the formal launch of the Enterprise Ethereum Alliance, drawing members from major financial services, software companies, and firms in the oil and gas industries.

“The launch of the Alliance definitely fueled most of the price increase. Anything that increases the legitimacy and stability of an altcoin will cause its price to increase, sometimes dramatically.”

Zivkovski said that the group and its proposed solutions have “re-ignited hope and legitimacy in ethereum, which was, until recently, mired in controversies and uncertainty. This major project seems to finally give ethereum a purpose backed by large corporate giants.”

Ether’s recent price gains – at least in the public eye – have been arguably overshadowed by those of bitcoin and dash, which have both recently hit all-time highs.

Bitcoin has undoubtedly stolen the show in the last few weeks with string of fresh, all-time highs amid robust trading volume and bullish market sentiment. The digital currency has risen to several new highs in recent sessions, after failing to set a new record level for more than three years. It even hit parity with the per-ounce spot price of gold this week.

The digital currency broke through this malaise on 23rd February, climbing to $1,186.53 and reaching a fresh, all-time high for the first time since November 2013, CoinDesk Bitcoin Price Index (BPI) figures show. Bitcoin prices then went on to hit new record levels in the coming sessions.

Over the last week or so, bitcoin prices have continued to push higher amid a steady climb in trading volume and highly bullish sentiment. In the 24 hours through roughly 21:00 UTC, market participants traded roughly 23.9k BTC through Bitfinex and 15.7k through Kraken, Bitcoinity data reveals. These figures compare to an average of 18.9k and 10.6k BTC per session over the previous week.

Dash, by comparison, has surged more than 75% in the last week and upwards of 200% over the last month, CoinMarketCap data shows. The token, previously named darkcoin and focused on privacy before changing its image, hit an all-time high of $58.90 on 2nd March, after opening slightly north of $26 on 25th February.

Market observers have offered numerous explanations for this rally, ranging from speculation associated with technical updates to those who believe the sharp climb is the result of sheet market manipulation.

Regardless of what drove dash’s sharp price fluctuations this week, its volatility – along with bitcoin’s – certainly helped to obscure the price increases that ether prices saw during the period.