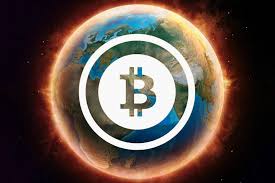 Echoing sentiments of mainstream economists, Juniper Research is warning that many of the metrics in the cryptocurrency world are pointing to a market implosion.

Industry bellwether Bitcoin had seen its daily transaction volumes fall from an average of around 360,000 a day in late 2017 to just 230,000 in September 2018. Meanwhile, daily transaction values were down from more than $3.7 billion to less than $670 million in the same period, Juniper said in the study, The Future of Cryptocurrency: Bitcoin & Altcoin Trends & Challenges 2018-2023.

The market as a whole has contracted quickly as well. In the first quarter, cryptocurrency transactions totaled just over $1.4 trillion, compared with less than $1.7 trillion for 2017 as a whole, Juniper said. However, by the second quarter, transaction values had plummeted by 75 percent, with total market capitalization falling to just under $355 billion.

“Based on activity during the first half of Q3, Juniper estimates a further 47 percent quarter-on-quarter drop in transaction values in that quarter,” the researcher said in an accompanying white paper.

The market failed to rally even amid strained China-U.S. trade relations and Brexit-related troubles, the researchers noted — prime conditions for proving cryptocurrencies’ advantage as an alternative to the traditional financial system.

“In short, given our concerns around both the innate valuation of Bitcoin, and of the operating practices of many exchanges, we feel that the industry is on the brink of an implosion,” Juniper said.