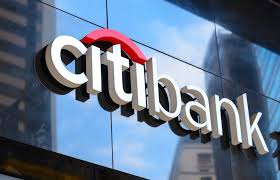 A senior Citibank analyst has made a grandiose prediction for Bitcoin in a recent note to institutional clients—even drawing comparisons with the gold market of the 1970s.

Tom Fitzpatrick, a managing director at US bank Citibank, has predicted Bitcoin’s price may reach over $318,000 in 2021 as per a note to institutional clients last week. He called the move amidst an uncertain macro environment and its similarities to the gold market of the 1970s.

While long called “digital gold” by crypto fanatics, Bitcoin has so far been a poor store of value (due to its infamous price swings) or medium of transfer and has emerged as a trading vehicle instead. However, as per Fitzpatrick, such a backdrop is exactly what primes the asset as one that would sustain an eventual “long-term trend.”

Using technical analysis—forecasting of future asset prices using past examples, similarities, and data—Fitzpatrick put out the six-figure Bitcoin prediction if it followed a similar trajectory of the past seven years.

“You look at price action being much more symmetrical or so over the past seven years forming what looks like a very well defined channel giving us an up move of similar timeframe to the last rally (in 2017),” he said, as shown in the image below.

But the $318,000 price target is not just based on drawing lines on a chart. Fitzpatrick called Bitcoin the “new gold” and said the shaky macroeconomic climate of today is creating space for a new financial structure—similar to the backdrop of Bitcoin’s creation back in 2008, one of the biggest recessions in history.

The Citibank executive said that monetary policy in the US has historically been shaped by two factors: the Federal Reserve’s affinity to print money (to protect its economy) and the eventual lower valuation of its fiat currency (called debasing). This was last since in the 1970s—when the Great Depression took place—before this year.

hat, in Fitzpatrick’s opinion, creates both a renewed demand for gold and its digital counterpart, Bitcoin. “It is an asset with limited supply. It moves across borders and its ownership is opaque,” he said.

Fitzpatrick added that while Bitcoin may be subject to more regulatory constraints going forward, it was a “natural store of money” to avoid exactly that issue. Meanwhile, the rise of state-backed digital currencies—such as China’s digital Yuan—was yet another indication of a changing financial regime that could, in turn, support the rise of Bitcoin, he noted.

Meanwhile, crypto circles on Twitter expressed excitement over the price target, one that would value the Bitcoin network at a massive $5.8 trillion figure (up from its current $300 billion) at its current circulating supply.

The Bitcoin bulls are known to be optimistic. And for once, the banks are too.