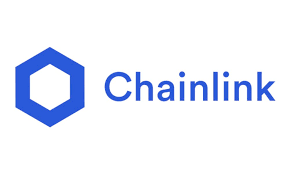 Chainlink has narrowly escaped a bearish assault in the last 24 hours.

The eighth-largest blockchain token (Ticker: LINK) on Tuesday fell by almost 10 percent. The plunge closely followed an eight-day long rally that took LINK’s price to an all-time high at $8.53. So it appears, traders used the top as an opportunity to liquidate their positions for short-term profits.

As a result, the LINK/USD exchange rate fell, while raising the possibility of an extended downtrend.

But entering Wednesday, the pair has shown extreme resilience against the mounting bearish pressure. So instead of correcting lower, it has trended in the opposite direction to continue its prevailing bullish sentiment. The erratic price moves show that a majority of Chainlink traders envision the token price at a new record high.

Such a sentiment attributes to a string of potential catalysts, including Chainlink’s role in developing China’s blockchain network, market-wide expansion of DeFi projects, and rising LINK volumes in the past weeks.

On the other hand, LINK’s rise also takes its cues from its on-chain metrics. Santiment, a behavior analytics platform for cryptocurrencies, said in its latest research note that the number of LINK’s active addresses have hit a record high.

“This points to strong fundamental support for a prolonged rally into price discovery,” wrote Dino Ibisbegovic, market analyst at Santiment. While active addresses do not exactly tell the nature of trades taking across them, a rising Chainlink price alongside shows that a majority of traders are participating to join the rally.

Mr. Ibisbegovic, meanwhile, suggested the LINK speculators that they should watch out for any signs of declines in on-chain activity. Excerpts:

“What we don’t want to see is a growing divergence between LINK’s price (continuing to push upward) and its on-chain activity (retracing back to its pre-pump levels). A major decline in LINK’s network activity in the next few days (especially if paired with growing sell pressure) could threaten its future price momentum.” The LINK/USD was trading at $8.5 at the time of this writing, up 4 percent into the day.