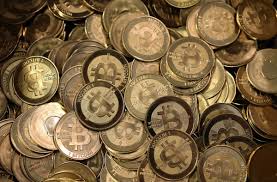 The ratio of long-to-short positions placed on bitcoin (BTC) has reached its highest level in over five months on cryptocurrency exchange Bitfinex.

At press time, the BTC long positions placed on the exchange total 33,750 units, worth $137.3 million at current market prices, whereas the number of short positions is roughly 11,000 units less at just 22,787 – now worth just under $93 million.

This creates the long-to-short ratio of nearly 1.5:1 – its highest since August 6th of last year.

The drop in short positions is not exactly surprising, considering the price of bitcoin fell roughly 50 percent between Nov. 14 and Dec. 14, giving traders ample time to lock in profits while awaiting further opportunities.

A bullish technical reversal pattern known as the “inverse head and shoulders” pattern is also evident on the bitcoin’s price chart, which may be playing another factor in scaring bears out of the market for now.

Although the long/short ratio being at multi-month highs may seem encouraging for bitcoin bulls, the market will likely witness another sharp decline if key support near $3,200 is breached, as it would signal the latest corrective bounce to nearly $4,400 has ended.

This would put the market at risk of experiencing a “long squeeze” or rapid closure of long positions, which could have a rapid and bearish effect on the price of bitcoin since the only way to terminate a long position is to sell back the longed BTC.