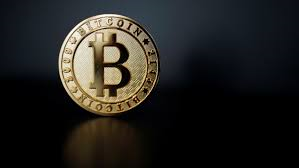 Bitcoin mining giant Bitmain has filed a lawsuit against a mystery hacker who allegedly stole bitcoin from one of the firmâ€™s cryptocurrency exchange accounts.

According to the suit, which the China-based Bitmain filed on Nov. 7 in the US District Court for the Western District of Washington, the unknown hacker infiltrated Bitmainâ€™s Binance account in April and stole funds from the firm.

However, perhaps to better conceal their identity, the hacker did not just attempt to withdraw Bitmainâ€™s funds to their own bitcoin wallet. Rather, they used the bitcoin to artificially inflate the price of small-cap cryptocurrency MANA, the native ERC-20 token of virtual reality platform Decentraland.

Spurred by the irregular trades, the MANA price rocketed from $0.12 to $0.34 on Binance in the span of less than an hour. Even more remarkable, theÂ global MANA price rose to $0.20 â€” a gain of 40 percent â€” meaning that a hack involving a single cryptocurrency exchange account single-handedly raised the nominal value of the MANA cryptocurrencyâ€™s market cap by more than $80 million.

Presumably, this allowed the hacker to sell MANA they were already holding at inflated prices, and, significantly, they could potentially have liquidated the funds on one or more separate crypto exchanges since the Bitmain pump disrupted the worldwide MANA market.

The suit itself alleges that, as part of the hackerâ€™s wash trading scheme, they transferred approximately 2.3 million MANA to Binance from Seattle-based cryptocurrency exchange Bittrex. It further claims that, â€œupon information and belief,â€ the hacker sent the bitcoin that they accrued through wash trading MANA back to Bittrex.

Bitmain claims, that, as a result of the scheme, they lost approximately 617 BTC, worth $5.5 million at the time of the hack.

Commenting on the suit in their weekly â€œCrypto Caselaw Minute,â€ lawyers Stephen Palley and Nelson M. Rosario explained that, despite the best efforts of the hacker, this â€œJohn Doe suitâ€ will likely allow Bitmain to subpoena account information from Bittrex and Binance, which could ultimately divulge the identity of the thief.

â€œWhatâ€™s the lesson? Itâ€™s almost Captain Obvious territory folks: Stealing crypto from a centralized exchange leaves a lot of fingerprints. And your name doesnâ€™t need to be known for you to get sued. Now that the lawsuit is on file, one assumes that Bitmainâ€™s next step will be to issue subpoenas to Binance and other service providers, allowing it to identify the defendant.â€