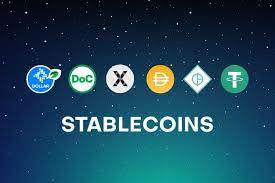 Bitcoin and stablecoins are the worst of all options for cutting the cost and time associated with cross-border payments, a study published by the European Central Bank Monday said.

Spurred by private-sector initiatives like the now defunct Facebook-backed Libra, regulators are looking at how to tighten up the clunky payments networks that can leave people waiting days for their money, but central banks would rather be in the driving seat themselves.

“Bitcoin is least credible” of the visions to achieve that, the report continued, and stablecoins – crypto assets that seek to tie their value to other assets such as fiat currencies – come in a close second given concerns over their market power.

The report says a bitcoin-based system wouldn’t work because of its “inherently inefficient” proof-of-work consensus mechanism, the “widespread” use for criminal purposes and the volatility of the asset. It also described the fervor of the cryptocurrency’s supporters as “quasi-religious.”

Those developing CBDCs – presumably including the ECB, which is considering a digital euro – should “discuss at a relatively early stage the related interoperability issues” to ensure they can work together with other currency zones, the study said.

They should also try to make existing domestic instant-payment systems operate with each other, despite questions over how to vet dirty money, and deal with counterparties who might default, it added.

Fabio Panetta, a member of the ECB’s executive board, has previously called crypto a “Ponzi scheme” that regulators should be “less tolerant” toward. The Bank for International Settlements, an association of major central banks, which previously revealed that nine in 10 central banks are working on a CBDC, in July called for greater cooperation among the banks.