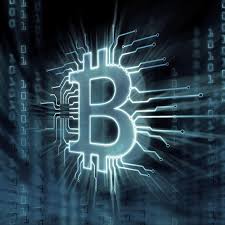 Bitcoin rocketed higher just ahead of the noon hour Friday, trading up about 9% to a one-month high near $3,682 a coin . The sudden surge developed without any real catalyst.

Bitcoin, the largest cryptocurrency by market cap, held a gain of close to 1% for most of Friday morning after Securities and Exchange Commissioner Robert Jackson told the Roll Call that at some point he expects a crytpo exchange-traded fund.

“Eventually, do I think someone will satisfy the standards that we’ve laid out there? I hope so, yes, and I think so,” Jackson said.

And late Thursday, the Litecoin Foundation and Beam Corporation announced a possible collaberation that would use Beam’s Mimblewimble – a crypto protocol named after a Harry Potter spell – to improve its security. Litecoin was up 30% following the announcement, trading near $43 a coin.

Still, those events are unlikely to be the catalyst for Friday’s midday surge as both stories crossed the tape well ahead of the sudden gains.

Investors in the digital-currency space saw prices explode higher in 2017 as cryptomania swept over the world. Bitcoin began 2017 worth less than $1,000 a coin before soaring more than 2,000% to a high of $19,511. However, the year of 2018 was a different story, with the cryptocurrency’s value plunging by 70%.

Bitcoin is little changed for the year following Friday’s spike.