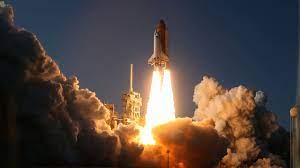 As institutions, corporations, countries, and more buy into Bitcoin, the cryptocurrency is beginning to transition from a speculative asset to a macro financial asset much like gold, oil, and others. But before that happens, the top cryptocurrency by market cap is mimicking Jesse Livermore’s “speculative chart” with incredible accuracy and precision.

If this rare chart pattern referred to as a Livermore Accumulation Cylinder continues to play out, the Bitcoin bull cycle is about to come to a dramatic climax. We’re also taking a deep dive into the legendary life and untimely death of Jesse Livermore himself.

Bitcoin price action has been up and down – literally and figuratively. After setting a new all-time high, rather than blasting off to $100,000 or more where the bull market is projected to end, the cryptocurrency fell back to retest lows around $53,000.

The gyrating price action has put the king of cryptocurrencies into a wedge-like pattern with a broadening mouth. It also closely mimics that of a Livermore Accumulation Cylinder. The chart above layers BTC price action since the April high was put in through today. If the pattern is valid, an enormous amount of speculative volume could suddenly appear, pushing Bitcoin and other cryptocurrencies to more dramatic highs, and likely the climax of the current market cycle.

Before you write off “Livermore’s Speculative Chart,” juxtaposing the 2017 bull run over the same cylindrical price action below follows the rest of the pattern – even going full parabolic the moment the eight phase of the chart takes place. At nine, the rally is nearly out of steam, and at ten, things begin to teeter bearish. Who Was Jesse Livermore: Reminiscing Over A Legendary Stock Operator

But who was Jesse Lauriston Livermore and why should be believe his chart pattern might still work today – some 80 years after his death? According to Wikipedia, Livermore is a “pioneer of day trading.”

“In a time when accurate financial statements were rarely published, getting current stock quotes required a large operation, and market manipulation was rampant, Livermore used what is now known as technical analysis as the basis for his trades. His principles, including the effects of emotion on trading, continue to be studied.”

Livermore’s short position ahead of the Wall Street collapse of 1929 was legendary, earning him the title the “greatest trader to ever live.”  His legend doesn’t end as a happy one, however. Nor does it begin that way.

He grew up in Massachusetts, forced out of school by his own father. With his mother’s support, he ran away.  At age 14, he worked as a board boy posting quotes at a Boston-based brokerage. By age 20, he had made 1,000% ROI and was banned from nearly every Boston-area bucket shop due to his significant and regular winnings. Livermore was forced to wear disguises and take on fake names to continue to trade.

Livermore later was the basis for the main character of the best-selling book by Edwin Lefèvre, Reminiscences of a Stock Operator.

During the panic of 1907, his short positions earned him more than $1 million in a single-day.  His mentor at the time, J. P. Morgan, plead with Livermore to stop short-selling – to which he agreed, and instead profited from the rebound. He earned the reputation as the “Great Bear of Wall Street” and was personally blamed for the crash – even receiving death threats and needing to hired armed bodyguards.

Back then, this sort of wealth was rare. Livermore owned a $200,000 yacht, for example. But following this 1929 stock market crash, Livermore’s mental health deteriorated.  His wife had shot his son, but not fatally; he had an ongoing lawsuit from a Russian mistress; and several bankruptcies.

In 1934 the United States SEC imposed new rules that supposedly impacted Livermore’s trading and he lost his entire fortune. He died on November 28, 1940 from a self-inflicted fatal gunshot wound leaving a handwritten note to his wife apologizing. His son, Jesse Jr. also died by tragic suicide, as did his grandson