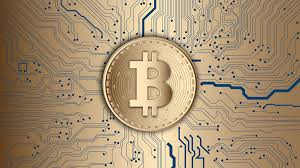 In the spring of 2022, the Central African Republic (CAR) became the first African country to adopt Bitcoin

as a legal tender.

As the second country globally to recognize Bitcoin in such a fashion, the CAR followed in El Salvador’s footsteps. El Salvador has since boasted surging tourism numbers, a resilient economy and a healthy amount of free PR since allowing its citizens to make everyday purchases with the seminal cryptocurrency.

The CAR, a substantially less economically developed economy than its Central American counterpart, would hope to emulate El Salvador’s success. Despite the nation’s vast natural resource wealth, the CAR is plagued by economic mismanagement, meager private and foreign investment, and systemic governmental issues.

It is one of the poorest countries on the poorest continent in the world, ranking right at the bottom of the World Bank’s Human Development Index. To make matters worse, up to 85% of the country’s exports are kept in French treasuries, while its currency of choice, the CFA franc, is heavily biased toward economic development in France. Consequently, tapping into a neutral, open-source and censorship-resistant monetary system such as Bitcoin could not only benefit but emancipate the country.

Similar to El Salvador, the CAR law would make Bitcoin “official money.” Naturally, this decision was lauded by Bitcoin advocates the world over. Plus, it appeared that CAR President Faustin-Archange Touadéra, a mathematician and Bitcoin supporter on social media, was inclined to support the adoption of the unique cryptocurrency. The pro-Bitcoin tweets smack of El Salvador’s laser-eyed president, Nayib Bukele.

However, celebration and support for the country among the Bitcoin community were short-lived as, despite formal visits by Bitcoin-only proponents — including Galoy Money — the country began its own token project. Just days after the Bitcoin law came into effect, the country surprised the crypto community by announcing the creation of a crypto token called Sango. The population of 5 million would also benefit from a “crypto hub” in the capital, Bangui.

Cointelegraph sat down in Senegal, West Africa with Mamadou Moustapha Ly, the Central African technician who oversaw the development of Sango Coin, to ask about the project’s development. A payments expert, Ly also runs the fintech startup Kete Cash. Ly shed light on the creation of what he called a “token, not a currency,” labeled Sango. Sango is the token that would accompany the country’s plans to adopt Bitcoin as a legal tender.

First, Ly stressed that the Bitcoin-as-legal-tender law clearly states that the country will adopt Bitcoin. There is no mention of other cryptocurrencies or even Sango Coin. He painted a clear divide between Sango and Bitcoin:

“The law states that the digital currency that is legal tender is Bitcoin. We recognize this as our official currency. […] Sango coin is a project for the Central African Republic state.”

Sango Coin offers attractive incentives to foreign investors, including citizenship by investment and eventually a CAR passport, as well as governance advantages. In a sense, buying Sango is a way of buying residency in the country, without touching government-issued fiat currencies.

But why was this necessary? El Salvador did not create a new token to support its Bitcoin adoption efforts — so, why would the CAR?

To compare the two country’s Bitcoin adoption strategies, both countries announced Bitcoin as a legal tender. From that point onward, they diverge. In El Salvador, foreigners could initially buy residency with an investment of 3 BTC, although it was then rescinded. In the CAR, “e-residency can be obtained […] by locking a fixed collateral of SANGO Coins in the amount of 6000$ for a period of 3 years.” Plus, foreign investors can directly access the country’s strategic resources through the use of the crypto token, Ly explained.

To gain exposure to El Salvador’s rapid development without touching Bitcoin, the Central American country teed up volcano bonds. The volcano or Bitcoin bonds support the creation of a “Bitcoin City” and are backstopped by the government. In contrast, Sango is a cryptocurrency built on a blockchain “backed by Bitcoin.”

The now-defunct Luna Classic (LUNC) token was the last time a token used Bitcoin as its treasury. The token’s meltdown wiped billions of dollars from the crypto total market cap and dented confidence in the industry. So, why create a token? Why build a system liable to hacking or attack from malicious actors? And why do so despite the Bitcoin contingent’s best interest to steer a Bitcoin-only path?

Ly explained that Sango is a “government project.” Money raised through the sale of Sango Coin will be used to buy Bitcoin, which can then be used to acquire the materials necessary for development projects, as well as to pay for labor and other expenses.

It’s important to note the country’s dire financial situation. Reports continue to indicate that civil servants and government salaries are paid by its former colonizer, France, while the country is labeled a “repressed” economy according to the Heritage Foundation’s 2022 Index of Economic Freedom.

While Bitcoin advocates hail Bitcoin adoption as a panacea to most modern-day problems, in the CAR, the priorities are clean water, security, education then maybe internet connectivity. With these motivations, the country needs investment — fast.

To this point, Ly noted that the Central African Republic’s high level of external debt makes it difficult for the country to access traditional forms of financing. Sango Coin could be that alternative source of funding. Indeed, one could infer that the quick liquidity provided by Sango is a way of jumpstarting much-needed foreign direct investment (FDI) into the country.

In addition, the use of a crypto token allows for greater flexibility and speed in conducting financial transactions, as well as reducing the risk of fraud, he commented. In a sense, the use of Sango could sidestep the bureaucracy and slow administrative practices for which Central African governments are known. Plus, it could allow investment flows into the country without touching dollars or the local currency.

When asked why the Central African Republic did not simply use Bitcoin or the superfast Lightning Network for these purposes, Ly reiterated that Sango Coin is intended to serve as a token associated with the government project: “It’s not a general-purpose currency.”

Sango could allow for greater control over the flow of funds, therefore reducing the risk of capital flight. In addition, the World Bank points out that the country will not be able to develop its human capital without strengthening domestic revenue mobilization sustainably. Sango could be the quickest path to more robust revenues.

Bitcoin on the ground

Paco De La India, known as “Run with Bitcoin,” recently spent two weeks traveling in the CAR in the hopes of spending Bitcoin and interacting with Bitcoin people. He told Cointelegraph:

With those small successes aside, Paco told Cointelegraph that Bitcoin adoption on the ground was minimal. In a country where less than a quarter of the country has access to the internet — a basic requirement to use “magic internet money” — it’s hardly surprising.

As for the creation of Sango Coin, Paco suggested there could be external forces at play. The CAR is tremendously resource-rich, so why couldn’t a French state-run project meddle with the creation of the token? he questioned. The token was indeed created quickly after state visits to one of the world’s crypto hubs, Dubai.

Ly explained that foreign influences did have an effect on the decision-making process:

“The idea for Sango Coin came from a private partner based in Dubai who discussed it with the Head of State.”

And a deal was struck with foreign investors, but there was no suggestion that the former colonial power may be using Sango Coin to control resources. It might simply be the quickest way to raise capital and, as Ly suggested, use this capital to buy Bitcoin and build the country’s infrastructure.

Ultimately, Bitcoin adoption and the creation of Sango appear to be a ploy to inject much-needed FDI into the country and enhance the country’s standing globally. However, the creation of this token may shun interest from the wider Bitcoin community, arguably the frontline investors to places and jurisdictions that announce their plans for Bitcoin.