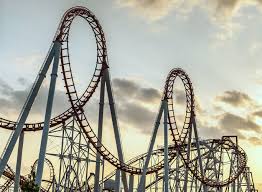 The chances of a correction have been slowly increasing amid diminishing volume in recent days. Multiple arguments can be made for a deeper correction, which wouldn’t necessarily be bad for the market in general.

The all-time high region has not been broken yet, as the chart shows. This is not unexpected, however, as many retail investors will have the all-time high of 2017 as a marker for potential profit-taking. It’s the final hurdle before Bitcoin goes into price discovery, which would make the next targets difficult to determine.

However, as long as Bitcoin’s price remains in this region, several arguments can be made for a potential correction.

Specifically, the volume is dropping severely on the recent attempt to break $20,000 indicating a potential weakening of momentum. Second, the current all-time high tests open the door for a possible bearish divergence on the daily timeframe.

This bearish divergence isn’t confirmed yet, but it shows some potential signals of a slight trend reversal. In case of a correction, the key areas to watch for support are $16,000 and $14,000.

The current price action is comparable to the price action in the previous cycle. The 2014 peak acted as the final resistance, after which a significant correction of 30% took place.

This correction often leads back to the previous resistance, and as the chart shows, this resistance was at $800.

The previous high then flipped for support through that correction, which caused the price of Bitcoin to continue rallying to new all-time highs.

As markets often act the same way in every cycle, a similar correction of 30% would put the price of Bitcoin at $14,000. Additionally, the previous high in June 2019 is also at $14,000, making it a likely target for a potential support/resistance flip.

Such a correction of 30% wouldn’t be unhealthy for the market and is quite common. It may also give latecomers a beautiful entry opportunity to boot.

Levels to watch on the lower timeframes

The lower timeframes are indicating a potential reversal is in the making. The range is defined, with the support at the green zone around $18,500. This level has to hold for support to sustain the upward momentum.

If it fails to sustain support, the $16,000 area’s retest is very likely. However, if the market wants to maintain bullish momentum, the upper resistance at $19,500 needs to break to warrant further continuation. However, a classic bearish support/resistance flip is occurring here.

The $19,400 used to be resistance, after which a fake breakout occurred. Such a failed breakout often is confirmed through the previous resistance becoming resistance again, as the chart shows.

Therefore, for further upward momentum, the U.S. dollar has to continue showing weakness, and the price of Bitcoin must break through $19,500. If that doesn’t happen, retests of $18,500 and possibly $16,000 are on the table.