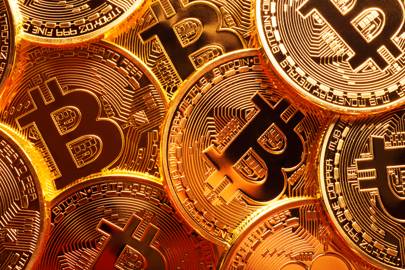 Bitcoin’s recent price rally is looking as overstretched, according to a technical indicator.

The money flow index (MFI), a momentum indicator that incorporates both price and trading volumes, has risen to 86.00 on the three-day chart. That’s the highest level since late 2017 when prices hit a life-time high of $20,000. A reading above 80 indicates overbought conditions.

The overbought conditions do not necessarily imply an imminent bearish reversal but likely represent over-exuberant bitcoin buying because the cryptocurrency has rallied by more than $3,500 over the last six weeks.

Also, markets sometimes enter into very strong trends, in which case the MFI can stay overbought for a prolonged period of time.

That said, the latest above-80 reading on the MFI has gained credence with bitcoin’s failure to keep gains above $10,350 (October high) resistance earlier today.

The long upper wick on the latest three-day candle represents a failure on the part of the bulls to establish a secure foothold above the horizontal resistance of $10,350 – a sign of buyer exhaustion.

That, along with MFI’s overbought signal, indicates scope for a temporary pullback or consolidation.

Prices may fall back to the five-candle moving average (MA), currently at $9,876, if the bulls fail to engineer a convincing break above $10,350 during the U.S. trading hours.

The overall bias will remain bullish as long as prices are holding above the Feb. 4 high of $9,075, as discussed on Tuesday.

Bitcoin created a bullish engulfing candle on Tuesday, signaling a continuation of the uptrend.

Bitcoin is currently trading at $10,355, representing 5.66 percent gains on a 24-hour basis, according to CoinDesk’s Bitcoin Price Index.