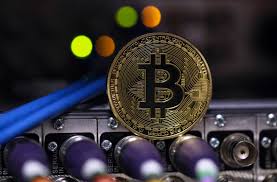 Erik Finman, who became a teenage bitcoin millionaire during the crazy run to $20,000, has warned bitcoin maximalists — believers in the world’s best-known cryptocurrency — that the long-term outlook is bleak.

Finman hit the headlines as a teenager in early 2018 when his rags to riches bitcoin BTCUSD, -2.35%  tale made him an overnight superstar. At the age of 12, Finman began to purchase bitcoin with a gift from his grandmother.

But the bitcoin early adopter has warned investors that putting all their eggs in one basket is a mistake, saying the largest digital currency has a finite shelf life.

“Bitcoin is dead, it’s too fragmented, there’s tons of infighting I just don’t think it will last,” Finman told MarketWatch. “It may have a bull market or two left in it, but long-term, its dead.” That’s a hot take coming from a guy who bought bitcoin in 2011, turning $1,000 into more than $4 million.

However, it shouldn’t come as a surprise. In January, Finman told CNBC that he can say with “almost certainty” cryptocurrencies will come to a bad ending.

See Also
Pelosi: Trump Doesn’t Know ‘What Is at Risk’ in Government Shutdown

Another cryptocurrency Finman said is on its way out is Litecoin — the cryptocurrency created by Charlie Lee. “Litecoin has been dead for a while,” he said. “It’s like when the sun is going down and there’s that eight minute period just before it goes dark. Litecoin is in its seventh minute.” And it’s hard to argue, the cryptocurrency is down more than 95% from its peak and it at its lowest level since May 2017.

Finman said project-based cryptocurrencies have the best chance of success, with his picks of the bunch being Ether ETHUSD, -1.55%  and ZCash, adding that Bitcoin Cash BCHUSD, -10.52%  has great technology but the developers have done a bad job at marketing it.

Read: Bitcoin peaked a year ago: Here’s a look at 12 months of misery

So why such a bearish outlook for digital currencies? One reason is the head start the Wall Street crew has over the crypto community. “They [Wall Street] have all the hooks and lobbyists,” Finman said.

But if there’s one person who can beat the bankers, the New York-based entrepreneur knows the man for the job. “I’m better at this kind of stuff than those millionaires,” he said. “They don’t know how to work the system, they’re nerds. I’m more than that.”