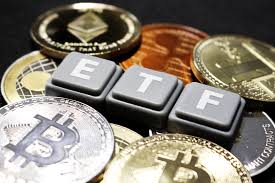 These metrics include measures related to active addresses, fees, movement, mining, and more, as outlined in Coin Metrics’ State of the Network: Issue 28.

In the past 24 hours, over 70,000 new addresses were created on the Ethereum network, with 245,000 active addresses, a sign that things are still moving forward for the second largest cryptocurrency despite the coin facing flack as of late over failed projects and disappointed investors.

Other positive metrics include over 9 million blocks mined on Ethereum and 15.6 million addresses with a greater than zero account balance.

In conjunction, Ethereum fees came back down this week, dropping 14.4% after growing by over 20% the week before. This is likely related to the record number of ERC-721 transactions made on Gods Unchained, a popular digital trading card game.

After dipping to a six month low of 1.23 last week, the Bitcoin market value to realized value (MVRV) ratio started to increase again over the past week. As of Sunday, December 1, the Bitcoin MVRV was 1.32. The MVRV ratio, calculated by dividing market cap by realized cap, is useful for getting a sense of when the exchange traded price is below “fair value,” and is also useful for spotting market tops and bottoms.

The following chart shows the amount of Bitcoin not moved over X years (where X ranges from one month to 5 years):

Although slowly declining over the year, these large proportions of Bitcoin left unmoved help illustrate a bullish market sentiment. Despite the recent drop to just below $7,000 late-November, Bitcoin is up almost 200% in the past year, moving from a value of $3,840 on December 3, 2018 to $7,320 at time of publication.

In another good sign for the cryptocurrency industry, Decred daily active addresses are approaching new all-time highs. On November 16, Decred had 25,315 active addresses which is its highest daily total since April 23, 2016.

Zcash, on the other hand, is trending in the opposite direction with active addresses approaching all-time lows. As of December 1, Zcash had 11,218 daily active addresses, which is the lowest since October, 2016.

With November over, Bitcoin is down 20% for the month, although slightly higher than the lows that occurred on November 25. Most other major digital assets are down a similar magnitude. Over the past week, Monero, EOS, and Cardano have staged decent recoveries although all are down for the month.

In closing, let’s put aside the technicals and consider the perspective of Fundstrat’s Thomas Lee, who recently spoke with CNBC. When asked about the downturn in the cryptocurrency markets and if it will continue heading into 2020, Lee — though he noted “bearish headwinds” — said no.

He argued that the surge in the price of American equities sets the stage for risk-tolerant investors to add capital to Bitcoin and other markets that in the past may have been deemed too “risky” from a classical perspective.