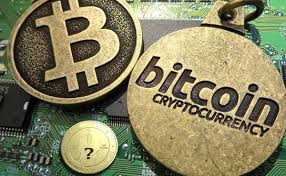 After a big sell-off in the previous week, calm returned to cryptocurrency markets last week. Bitcoin, ETH, and XLM were almost unchanged for the week, while XRP and LTC registered some gains–see Table 1.

The calm spread across the entire market, with 52 out of the top 100 cryptocurrencies advancing and 48 declining—see Table 2.

Number of Cryptocurrencies that Advanced/Declined in the Top 100 Ranks

Some Of 2019’s Best Halloween Celebrations, From Coast To Coast

Being A CISO At A Security Company

A New Mindset: Viewing Cyber As An Enabler Of Business Growth And Innovation Driver

That’s a big improvement from the previous week when only 11 out of the top 100 cryptocurrencies advancing and 89 declining—see Table 3.

Number of Cryptocurrencies that Advanced/Declined in the Top 100 Ranks

And that’s an encouraging technical indicator, as the flow of funds out from cryptocurrency markets seems to have abated for now.

“This week saw BTC test lows not seen for 3 months, rally 10% from the lows, and then consolidate between $8000 and $8500,” says  Nicholas Pelecanos, Advisor to NEM Ventures. This brief rally helped satisfy several of the technical indicators that were signaling oversold.”

What caused the gyrations in cryptocurrency markets this time around? A number of “events” and “flows,” according to Zahreddine Touag, Head of Trading at Woorton, and a co-host of Paris Blockchain Week. “Crypto markets are mainly event-driven whilst retail investors are flow-driven,” he says.

There’s more. “In addition, we saw a drastic decrease of the Bitcoin hash rate on Monday; some pointed to reports that a Chinese mining facility was burning as the reason for this.”

But the market eventually turned around. “Since then, the market has recovered, touching a high of $8,540 on Oct 1 with fluctuations of other assets (ETH, XRP, LTC) mostly following the bitcoin price.”

What about next week? Pelecanos is optimistic, though he sees additional volatility. “BTC doesn’t generally remain in a confined range for too long, so I’m expecting a breakout and further volatility next week. Interestingly, the highest-volume days recorded on the Bakkt exchange were the day of the low and the preceding Friday, with 132 and 166 contracts traded respectively.”

While low volume is hardly bullish for the digital currency, it could be an indicator of institutional buying, according to Pelecanos. “These numbers are still extremely low compared to major crypto exchanges focused on retail traders like Bitmex. Nonetheless I would interpret the increase in Bakkt traded contracts as an increase in institutional buying which is positive,” he says.

Wayne Chen, CEO of Interlapse Technologies, thinks that the trend is still bullish for Bitcoin. “The recent dip in Bitcoin price had people concerned, but I think the overall trend is looking bullish since the beginning of the year,” he says. “Based on the capitalist nature of Bitcoin and the block reward halving in less than a year, we should see a consistent increase in price in the next few months.”

Andrew Kiguel, CEO of Hut 8, agrees. “Bitcoin and cryptocurrency have evolved from kids in flip flops hiding in their parents’ basements to traditional players in government, finance and asset management getting involved,” he says.  “Crypto is not going away and may just change the way the world thinks about money over the next few years.”