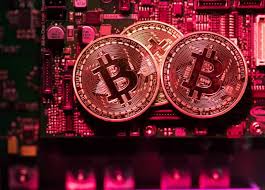 Thursday, Oct. 3 — Crypto markets have again failed to continue their recovery as almost all the top 20 coins by market cap are seeing significant losses.

The biggest cryptocurrency by market cap has seen some volatility over the past seven days, hitting its intraweek high of $8,492 on Oct. 1 after dipping to as low as $7,833 on Sept. 30. Over the seven-day period, Bitcoin is down about 2%.

Bitcoin’s dominance on the market accounts for 67.6% at publishing time.

Ether (ETH), the second-largest cryptocurrency by market cap, is down nearly 2% over the past 24 hours to trade at $171 at publishing time. Still, the top altcoin is up more than 4% over the past seven days.

XRP is down the most among top 20

XRP, the third top cryptocurrency by market cap, slid by almost 3% — trading at $0.244. It is still in green territory, having risen by about 0.5% over the past seven days.

While XRP is seeing the biggest losses among the top 20 coins by market cap, UNUS SED LEO (LEO) is seeing the mildest losses, with its price being almost flat over the past 24 hours.

The total market cap amounts to $216 billion, significantly down from its intraday high of $223 billion.

Yesterday, Ohio Treasurer Robert Sprague officially announced the immediate suspension of OhioCrypto.com, the website allowing businesses to pay taxes with Bitcoin. Sprague argued that the platform required an approval by the Board of Deposit before its launch. The state of Ohio was reported to become the first state to accept Bitcoin as tax payment in November 2018.

While Ohio wants to suspend the option of tax payment in Bitcoin, the U.S. House of Representatives Financial Services Committee asked the Federal Reserve if there are any plans for launching a U.S. dollar digital currency in a letter on Sept. 30. The lawmakers argued that it may be crucial for the Fed to “take up the project of developing a U.S. dollar digital currency.”

Meanwhile, the U.S. stock market saw a significant decline on Oct. 2 after data from the Institute for Supply Management showed that U.S. manufacturing activity has hit its lowest level in more than 10 years.

As of publishing time, the negative trend continues as Dow Jones Industrial Average (DJIA) is down 0.5%, while S&P 500 (SPX) and Nasdaq (NASDAQ) Composite slid 0.3% and 0.2% respectively. Shares of tech giants Alphabet and Apple led Wednesday’s drop, with the stocks down 0.4% and 1% respectively.