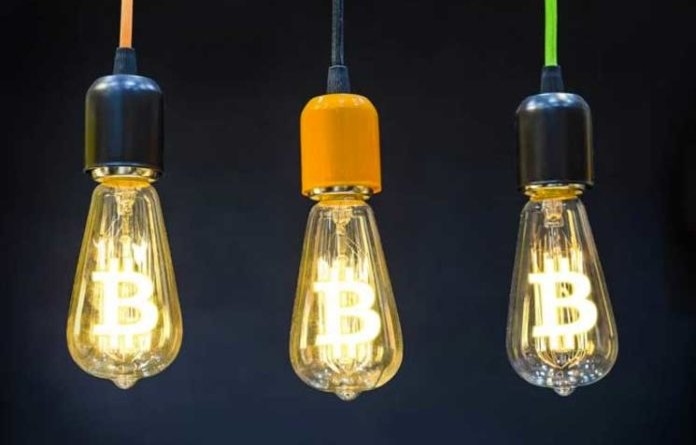 The bitcoin researcher behind a controversial study asserting that the cryptocurrency is killing the planet is back with a new paper. But this time, the researcher says he’s elaborating on his potential fix: By restructuring the way blockchain maintenance is incentivized, Alex de Vries says the network that runs bitcoin can drastically reduce its energy consumption.

In the new piece of commentary published Thursday in the journal Joule De Vries still criticized the world’s largest cryptocurrency for using up renewable energy resources for processing transactions, potentially consuming nearly 62.3 terawatt-hours over the course of 2018 — more energy than used by the entire country of Switzerland.

“Its energy consumption and electronic waste generation are certainly not negligible at the moment, and they will likely escalate quickly to even more extreme amounts if bitcoin manages to become widely used,” de Vries, a blockchain specialist for PricewaterhouseCoopers, said in a statement.

It’s important to note that De Vries is not an uncontroversial figure in the bitcoin community. His methodology has been questioned before — one HackerNoonstory dismissed reports of bitcoin destroying the environment as “garbage” partially due to its economic assumptions — but his proposed alternative for incentivizing blockchain management could almost certainly reduce bitcoin’s energy consumption.

With bitcoin miners turning to large-scale renewables to power their operations, and even Ethereum slowly making moves toward a more efficient alternative, bitcoin could benefit from de Vries’ suggestion.

“What I didn’t do in my previous paper was [make] a proper comparison to the full traditional system, explore what this means in carbon output,” de Vries tells Inverse.

The problem stems from the underlying structure of bitcoin. It has no central servers and instead incentivizes people to pledge computer resources to help process transactions. Bitcoin “miners” set their machines to solve a computational problem to show “proof of work.” If their block is accepted on the decentralized “blockchain,” the miners get some bitcoin (currently 12.5 bitcoins) as a reward.

De Vries claims that this system creates a race, as the network adjusts the difficulty to ensure a new block is still generated around every 10 minutes but miners keep adding more computing power to the network to increase their share of the total power and reap more rewards. It also means a constant drain on renewable energy resources, like the hydroelectricity in Sichuan that’s home to 48 percent of bitcoin’s mining capacity. The seasonal variations in hydro need to be balanced out by alternative sources, creating a demand for dirty energy.

It gets worse. Assuming a best-case scenario that every miner is using the Antminer S9, which has the lowest weight per unit of computational power, the entire mining network weighs 16,442 tons. Following Koomey’s law that says energy efficiency doubles every 1.5 years, de Vries claims this results in electronic waste of 10,948 tons per year as old miners grow obsolete. This means bitcoin creates 134.5 grams of e-waste per transaction, compared to Visa that produces around 0.0045 grams.

Cryptocurrency fans may remember de Vries from a December 2017 analysis that went viral. As bitcoin was shooting in value to reach its record high of nearly $20,000, de Vries showed that its annual electricity consumption may outrank Serbia. The analysis, shared on Digiconomist and regularly updated, starts from the basis that nobody knows for sure which mining machines are active and how much energy they use. The index creates two estimates using different methods: looking at the total computational power on the network, and looking at the total mining reward available. De Vries derived the figure quoted in Thursday’s paper from the latter methodology.