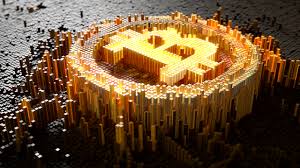 Story by: TIMOTHY B. LEE

Every major cryptocurrency was down sharply on Monday morning, with many hitting levels not seen since 2017.

The weekend’s losses are a continuation of last week’s selloff.

Nobody knows why the cryptocurrency market has turned into such a bloodbath—just as no one really knew why cryptocurrencies enjoyed such a spectacular rise a year ago. But it seems likely that one factor is the ongoing turmoil of Bitcoin Cash, the third most valuable decentralized cryptocurrency.

Markets are waiting to see whether both versions survive as independent bitcoin-based networks. So far, the “ABC” variant has attracted a larger share of bitcoin miners, and futures markets have given it a higher value. In the coming days, miners in the Bitcoin Cash SV faction may decide that it’s not worth the expense to continue operating an independent network—though they’ve shown no sign of doing that so far.

The acrimony in the Bitcoin Cash community may be reminding investors how fragile blockchain-based networks can be. No matter how the Bitcoin Cash schism ultimately works out, the episode is unlikely to bolster the Bitcoin Cash brand. There’s a risk that technical disagreements or personality conflicts within other major blockchain networks could lead to similar splits, harming the long-term value of their cryptocurrencies.