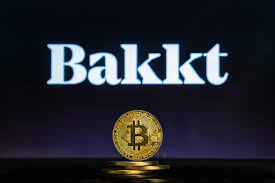 Bakkt started as a cryptocurrency custodian that holds bitcoins for big investors but has developed into a platform for bitcoin futures trading and a mobile app that allows users to spend their digital coins on everyday goods in shops. A Visa debit card launched in June, according to the report.

The Intercontinental Exchange, the parent company of the NYSE and the owner of Bakkt, said Friday (Oct. 15) that Bakkt completed a merger with blank-check company VPC Impact Acquisition Holdings to allow the company to trade on NYSE under the ticker symbol BKKT, the report stated.

Bakkt first mentioned its plans to go public in January, when the company was estimated to be worth about $2 billion. The company partnered with Starbucks in 2019 to let consumers buy coffee and other goods with bitcoin.

Earlier this month, Bakkt announced it is working with Google on a project that will extend access to digital assets to millions of new customers, saying it was created to “extend the reach and usability of digital assets to meet rapidly evolving consumer demand and preferences.”

Bakkt users can use their virtual Bakkt debit cards in Google Pay to make purchases online, in stores and anywhere Google Pay is accepted. Bakkt has also chosen Google Cloud as its cloud provider and will market its Google Cloud-powered solutions to retailers and merchants in the U.S.

The company said these insights will give customers expanded loyalty redemption options while offering its partners valuable customer behavior patterns.