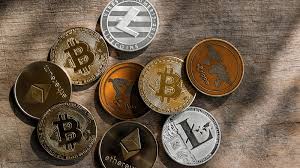 Altcoins have started the year 2022 with an overperformance over Bitcoin. Out of all the various indexes, the mid-cap coins seem to have accumulated the most gains so far.

As per the latest weekly report from Arcane Research, Bitcoin’s 2022 has started with the coin underperforming in front of various altcoins.

Throughout 2021, most of the altcoins managed to beat BTC in terms of overall gains. And it looks like this year also hasn’t been any different so far.

Here is a chart that shows how the various altcoins have compared with Bitcoin since the start of this year: In the above graph, all the altcoins have been separated into different “indexes” based on their market capitalization.

The three categories include the large-cap index, the mid-cap index, and the small-cap index. The various coins fall into these divisions depending on where their market cap stands, and their gains as a whole are considered in the chart.

As you can see in the graph, Bitcoin seems to have lagged behind the rest of the indexes, with the crypto dipping 3% into losses since the start of the year.

The mid-cap altcoins have performed the best so far, managing profits of around 8% since the start of January. Their success is thanks to the great performance of layer-1 tokens like Cosmos.

The large and small-cap indexes are also in the green, amassing 3% and 4% gains, respectively, since the new year.

A consequence of Bitcoin’s underperformance has been that the cryptocurrency’s dominance has been dropping recently.

The below table shows how the market share of the top coins has changed in the past week.

Bitcoin’s market share is now around 39.5%, which is the lowest it has been in almost three years. It now remains to be seen whether the crypto’s underperformance will come to an end soon, or if 2022 is going to be like 2021 all over again, with altcoins thriving.

At the time of writing, Bitcoin’s price floats around $46.2k, down 3% in the last seven days. Over the past month, the crypto has lost 6% in value.

Here is a chart that shows the trend in the price of the crypto in the last five days: