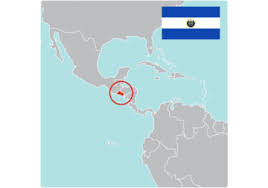 “El Salvador bought today 80 BTC at $19,000 each,” the Central American politician tweeted, “Bitcoin is the future, thanks for selling cheap,” he said.

With this latest purchase, Bukele would be bringing the average price invested per Bitcoin down from $45,171 to $44,219. This means Bitcoin would have to skyrocket to $44,219 (more than 100%) for Bukele to recoup the investment made on behalf of his country—without yet even taking any profit.

The strategy of accumulating Bitcoin after massive drops has also been replicated by other optimistic long-term Bitcoin investors. Michael Saylor, CEO of MicroStrategy, recently announced a new $10 million Bitcoin buy, bringing his company’s treasury to 129,699 BTC at an average price of $30,664. This represents approximately $1.3 billion in losses, but like Bukele, Saylor doesn’t seem too concerned about Bitcoin’s short-term fluctuations.

Besides doubling down on Bitcoin despite heavy losses, Bukele’s latest buy was notable for another reason. The president, for the first time, shared new details regarding the process by which he purchases his country’s BTC.

If those shared screenshots correspond to the account being used to buy El Salvador’s Bitcoin, it means the president uses a traditional centralized exchange for his trades and not an over-the-counter (OTC) desk, which would be a more logical choice for high-profile trades.

It could also mean that Bukele does not make market price purchases but leaves open “limit” buying orders. In this case, the order was partially filled upon completion as the price of Bitcoin touched exactly $19,000.