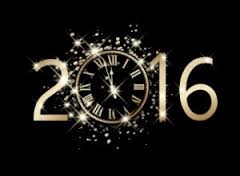 Vinny Lingham is the CEO of identity startup Civic, and the former founder of mobile gift card platform Gyft.

In this opinion, Lingham explains why he believes the price of bitcoin is headed higher, even if this won’t be the direct result of the network’s reward halving this year. The post is a follow-up to his widely circulated opposing prediction, issued in 2014.

After reading my post Finding Equilibrium, published in March 2014, one could argue that I was a bit bearish on bitcoin – believing that it would trade sideways and down until certain fundamentals were in place.

At that point, most people inside the community expected bitcoin to retest its previous high of $1,255 in 2013 and easily break $2,000. In fact, when I surveyed the audience at CoinSummit in 2014, barely anyone would take the contrarian view. I did, and this was coming from the same person who correctly predicted that bitcoin would hit $1,000 just the year before.

To summarize my previous post, I argued the following:

How 25 months makes a difference in the world of technology!

If we examine the points above, the following changes are clearly visible:

On the basis of my previous arguments against the price rising, I believe the headwinds that were holding back bitcoin will take the price up to the $1,000 mark, this year.

As the title to this post suggests, there has been an awakening.

I’ve casually been speaking about some tailwinds for about a year now and some of these ideas have been gaining momentum, so I wanted to summarize them here into three categories:

Industrial use cases are coming to the fore

Venture capital has been pouring into blockchain and bitcoin startups at an unprecedented rate, now topping over $1bn. These startups are building out solutions which utilize blockchain technologies in industries where solutions were either not possible or financially viable.

The banking sector is investing heavily in what it calls “blockchain”, but is specifically avoiding using bitcoin. I personally think the tide will turn on this point, as soon as one of these projects get compromised, from a security perspective. That said, many foreign banks are investigating and using the bitcoin blockchain for innovating around their processes.

I think we have to accept that we will live in a world where there is a “chain of chains”, all interlinked in some way. Bitcoin may not rule the chains of the finance world, but it may act as an intermediary platform for cross-chain settlement.

The most important driver of the pending price surge, in my opinion, is going to be what I term as the “mother&*!er of all short squeezes”.

A short squeeze is basically what happens when people that are short selling an asset discover that the price has risen and they need to buy (cover) to ensure they do not make further losses.

In the bitcoin world, this happens under a number of scenarios.

Traders and speculators who have taken a view that the bitcoin price will go lower could borrow coins via exchanges and sell those coins into the market, waiting for the price to drop to buy them back cheaper, repay the exchange and make a profit.

Miners would normally want to lock in profits through “hedging”, because they produce enough coins per day that they are able to pay out of their future production. However, halving day is approaching.

Halving day is the day that a certain block number is reached and the rewards per block are cut in half (to 12.5 BTC per block, from the current 25 BTC). This is expected to take place in early July of this year.

This poses a problem for miners if they are trying to lock in their profits right now by borrowing and selling coins, which they intend to repay after halving day. Unless they have spare bitcoins lying around, they will be forced to buy coins on the open market if they cannot produce enough through their mining operations.

It’s the same as selling crops in the futures market and then being hit by a storm that wipes out half of your fields. The only way, technically, that this doesn’t happen, is if the price doubles on halving day (it won’t).

Because bitcoin trades at the margin (which means that only a percentage of the total coins issued are traded), there is less liquidity and extreme changes like a 50% drop in the rewards per block will have a more marked impact on the price than one would expect, triggering a short squeeze.

One would argue that the market has already factored this in, but it hasn’t. The reason is that the hash rate will fluctuate very rapidly over the halving day period, and that is going to cause a lot of volatility for miners and traders. Also, the true deflationary rate of bitcoin is not known, as I will now explain.

Bitcoin was created as “deflationary” currency. The total supply is 21m units and it will never be changed. There are about 15.5m BTC in circulation and about 3,600 new coins minted per day, so roughly 100,000/coins per month, which amounts to nominal inflation (relative to actual coins issued) of around 8% per year.

This will arguably drop to 4% after halving day. Or will it?

If we assume that 4m BTC will not move anytime soon, then the active circulation of bitcoin is closer to 12m coins (based upon coins in issue today). Assuming that we are minting 100,000 bitcoins per month, then real inflation is at 10%, not 8%. So, if halving day takes effect, then real inflation drops to around 5%/year.

Based upon research by John Ratcliff, I’d like to construct a new view of the real inflation rate of bitcoin. For various reasons, it appears that 25% of bitcoins are not in active circulation (lost, cold storage, Satoshi, etc). This is even if we assume Craig Wright is Satoshi (which would mean his coins won’t move until 2020). All numbers are rounded.

If you note that real “inflation” is dropping nearly two-thirds in around just three years, it means that for the current volume of bitcoin buying to be satisfied, bitcoin will need to find a new, and higher equilibrium point and clearing price.

I don’t think these calculations have been adequately factored into the market price.

The realization that bitcoin is a strategic global asset will trigger an “arms race”.

Currently, the market cap of bitcoin ($7bn) is simply too small to facilitate a large buy of bitcoins from any governmental organization. If bitcoin started to surge globally, it could become of strategic interest to a government, and therefore other governments. I believe this would trigger something akin to a digital commodity race.

Imagine if China started buying up large amounts of bitcoin – would the rest of the world governments stand idly by and watch? I don’t think so – so my prediction here is that by 2017, governments will become the largest buyers of bitcoin, pushing the price up to new highs.

It’s always easy to make outlandish predictions. My goal for this post was to outline what I think the tailwinds are behind bitcoin.

Looking forward to seeing how this all plays out!

This post was originally published on Medium and has been republished with the author’s permission.