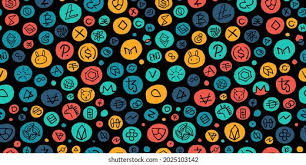 The crypto market was having an uneventful week amid these late-summer doldrums—until Friday, when the world’s leading cryptocurrency dropped 4% in the space of 24 hours.

The price plummet was triggered by Federal Reserve Chair Jay Powell’s remarks in Jackson Hole that the Fed will keep raising interest rates as long as it takes to combat inflation. The comments sent stocks reeling as well, not just crypto.

To kick off the weekend, all of the top 10 cryptocurrencies by market cap are showing a net loss over the past seven days, except for Cardano (ADA), which is anticipating a hard fork coming next month. Bitcoin (BTC) is down 5% in the past week, Ethereum (ETH) down 6%, Solana (SOL) down 10%, Dogecoin (DOGE) 8%.

Ethereum supporters still have high hopes that the upcoming merge event will pump ETH. But this week, the number of weekly ETH deposits sent for staking on the Beacon Chain hit an all-time low, as per data from Dune Analytics.

The Beacon Chain is an Ethereum ledger that coordinates the network of Ethereum stakers. It has been running in parallel with Ethereum’s mainnet since its launch in 2020. When Ethereum completes its upcoming major network overhaul next month, dubbed the “merge,” the mainnet will be merged with the Beacon Chain to make a fully proof-of-stake (PoS) Ethereum network.

Once Ethereum transitions to a proof-of-stake consensus protocol, the network promises to be faster, cheaper, more scalable, and 99% greener.

The general inertia across the markets this week was reflected in the news cycle; it was a pretty slow news week as far as crypto adoption or regulation was concerned.

The Australian Treasury said in a statement on Monday that it has a comprehensive plan to establish a crypto regulatory framework based on market research that it claims will be better than “anywhere else in the world.”

Australia will start with “token mapping” work this year, which it says will “help identify how crypto assets and related services should be regulated.” After the preliminaries are done, the Treasury says it will have a “timeline for changes to legislation and regulations.” The Australian Treasury also said it will “soon” release a public consultation paper about token mapping.

On Tuesday, Coinbase CEO Brian Armstrong confessed to CNBC that the company is still feeling the effects of Crypto Winter. Coinbase laid off 18% of its staff earlier this year and will be cutting costs in an effort to plan for a bear market that lasts 12-18 months or longer.

According to Armstrong, 18% of Coinbase’s current revenue comes from subscription and services. Coinbase currently offers Coinbase Cloud, a suite of blockchain product development services, and Coinbase One, a service that offers higher-level customer support and other benefits.

Meanwhile, American investors waiting for an SEC-approved Bitcoin exchange-traded fund (ETF) will have to wait a little while longer after the SEC again delayed its decision on VanEck’s Bitcoin ETF application by another 45-day period. This means that the agency has until October 11 to “either approve or disapprove, or institute proceedings to determine whether to disapprove, the proposed rule change.”

Finally, we got an update on Ethereum’s merge date—and it’s potentially even sooner than previously expected. According to a Wednesday blog post by the Ethereum Foundation, the network overhaul will now be fully completed between September 10 and 20. Ethereum core devs on Twitter have been even more specific: on or close to September 15.

After eight years of waiting, that’s truly right around the corner.