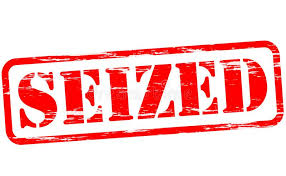 The U.S. government seized an unprecedented $1 billion worth of bitcoin linked to criminal marketplace, the Silk Road.

Thousands of bitcoins were taken by law enforcement this week, in what the Justice Department said was the largest seizure of cryptocurrency in the history of the agency.

“Silk Road was the most notorious online criminal marketplace of its day,” U.S. Attorney David Anderson of the Northern District of California said in a civil complaint Thursday. “The successful prosecution of Silk Road’s founder in 2015 left open a billion-dollar question. Where did the money go?”

Silk Road allowed people to buy and sell drugs and other illegal goods, and use bitcoin to anonymously fund those transactions. The dark web marketplace was shut down by U.S. federal authorities in 2013 and its founder, Ross Ulbricht, was sentenced to life in prison two years later.

Bitcoin has since taken off as a mainstream investment vehicle in recent years. It climbed above $15,000 on Thursday, hitting the highest level since January 2018. The cryptocurrency has more than doubled year to date.

This week, London-based blockchain analysis firm Elliptic said that it picked up on the massive movement of bitcoin spurred by the DOJ. The company reported 69,369 bitcoins — worth about $1 billion — had been moved out of a bitcoin wallet, which had the fourth-highest balance of any in the world. Tom Robinson, co-founder and chief scientist of Elliptic, said the movement of bitcoins “may represent Ulbricht or a Silk Road vendor moving their funds” but that it “seems unlikely that Ulbricht would be able to conduct a bitcoin transaction from prison.”

The U.S. agencies were able to track down those illicit funds through a unit within the IRS that specializes in tracing virtual currency transactions. The IRS agents were able to identify 54 new bitcoin transactions executed by the Silk Road, which appear to be proceeds of some of that illegal activity, the complaint said. The agency was then able to trace that money to a specific bitcoin address that appeared to have hacked the bitcoin funds from the Silk Road.

While the Silk Road was in operation, thousands of drug dealers and other unlawful vendors used it distribute illegal drugs, unlawful goods and services to well over 100,000 buyers. At the time it was taken down seven years ago, Silk Road had nearly 13,000 listings for illegal drugs and “many more listings” offering illegal services such as computer hacking and murder for hire, according to the complaint. Those generated sales totaling more than 9.5 million bitcoins. The complaint also alleges that the Silk Road used a process to make it harder to track individual transactions of cryptocurrency.

The forfeiture could be temporary though. The U.S. still needs to prove its case before a judge before it can control the bitcoin funds for good.