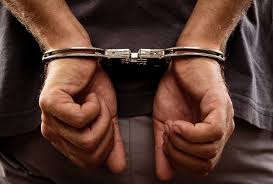 According to Jared Savage at the New Zealand Herald, the police Asset Recovery Unit have frozen roughly 140 million NZD ($90 million) controlled by a company in connection to the investigation of Vinnik.

Police Commissioner Andrew Coster told the publication that local authorities had been coordinating with the United States Internal Revenue Service to address the lost funds.

The money recovered is “likely to reflect the profit gained from the victimisation of thousands, if not hundreds of thousands, of people globally as a result of cybercrime and organised crime,” according to Coster.

Vinnik was accused of laundering 300,000 Bitcoin (BTC)—roughly $4 billion—over the course of six years through BTC-e, one of the world’s largest crypto exchanges at the time. Some of the ill-gotten funds may even have come from the infamous hack of Japan-based crypto exchange Mt. Gox.

The Russian national known as “Mr. Bitcoin” was arrested during a vacation in Greece in 2017 and extradited to France earlier this year. As of press time, Vinnik is still in France awaiting charges of money laundering, extortion and conspiracy, but could be extradited to the United States or his native Russia.