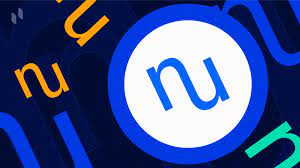 NuCypher, a little-known altcoin that bills itself as a decentralized threshold cryptography network, soared as much as 1,134% on Friday.

The surge catapulted NuCypher’s market valuation to more than $2 billion from about $200 million as one-day volume exploded 18,266% higher, according to data from CoinMarketCap. The altcoin hit a high of $3.58 before paring its gains by about 50% to $1.80.

While NuCypher celebrated its one-year anniversary on Friday, there was no clear indication as to what developments drove such a sharp surge in demand for the altcoin, which is now the 79th largest cryptocurrency by market value.

“One year ago today the NuCypher network launched. Since then, thousands of stakes and dozens of dapp developers have discovered threshold cryptography,” NuCypher’s Twitter profile said Friday morning.

The surge in NuCypher came as bitcoin continued its October rally and hit $60,000 amid ongoing speculation that the SEC may be close to approving the first bitcoin futures ETF.