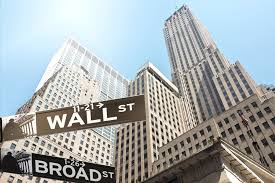 A New York man has been charged with operating an unlawful money transmitting business in connection with the sale of bitcoins, the US Department of Justice announced on Friday.

The government said last week that it was charging Rochester, New York, resident Richard Petix with illegally selling $200,000 in bitcoin between August 2014 and December of last year. Notably, the report does not provide information on any state-specific laws Petix was in violation of when conducting the sale.

Petix’s charges, the Justice Department said, are connected to a wider alleged scheme that involved money laundering as well as the trafficking of controlled substances and stolen goods.

According to court documents filed with the US District Court of the Western District of New York, Petix has also been charged with lying to the Federal Bureau of Investigation about ownership of electronic devices.

The Justice Department had alleged that this is a violation of a release agreement stemming from a 2009 guilty plea to a child pornography charge, which stipulated that Petix must alert authorities when using digital devices and allow them to examine any devices he used.

Petix allegedly conducted a bitcoin transaction with an undercover agent, using a computer that he later denied owning.

“However, on December 3, 2015, Petix conducted a bitcoin sale with an undercover federal agent. Using his laptop computer and smartphone, the defendant transferred 37 bitcoins worth approximately $13,000 to the agent. But when confronted by federal probation officers at the scene, Petix claimed that the laptop and smartphone were not his.”

Petix is set to be arraigned tomorrow and faces up to 10 years in prison if convicted on both charges.