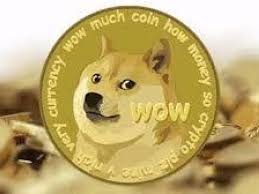 Elon Musk and Tesla have had a uniquely outsized influence on price movements for bitcoin (BTC, +2.78%) and dogecoin (DOGE, +4.84%) in recent days and weeks. Through a series of announcements, tweets and “Saturday Night Live” quips, the electric carmaker and its CEO have sent those prices on wild rides and likely helped juice the overall crypto market.

But some might wonder whether all that signaling amounts to market manipulation. Musk has a track record of recklessness here, having paid a $20 million fine to the U.S. Securities and Exchange Commission in 2018 over misleading tweets about Tesla stock. But whether out of bounds or not, Musk’s adventures through crypto-land cast important light on how token markets work – and on larger questions of market influence in the social media age.

Here’s the recent tape: On the evening of May 13, the Tesla and SpaceX CEO tweeted that he was “Working with DOGE devs to improve system transaction efficiency.” The price of the dogecoin cryptocurrency immediately jumped 14% and has continued legging up. It continued weeks of dogecoin mentions by Musk, which helped the coin skyrocket – despite the fact that it was literally started as a joke and has no meaningfully differentiating technological features.

It was the latest in a head-spinning series of jokes and statements about DOGE. Musk was substantially responsible for a meteoric run-up in DOGE that started in early April. But an expected push even higher short-circuited when he called the meme-coin “a hustle” while hosting “Saturday Night Live” on May 8. That dismissive quip sent DOGE down more than 35%.

Musk and Tesla have also been assertively moving the price of bitcoin. Tesla first announced it would accept bitcoin as payment on Feb. 8, at the same time it announced it was buying $1.5 billion worth of the cryptocurrency. That announcement helped push the price of bitcoin over $50,000 for the first time ever. When the option to use bitcoin then went live on March 24, it was notably clunky – so primitive, in fact, that buyers were apparently left at risk of inputting the wrong wallet address. Its unveiling was nonetheless followed by a BTC rally to over $58,000.

Then this week, Musk announced Tesla would no longer accept bitcoin for payment, over environmental concerns. Bitcoin plunged nearly 10%.

These rallies and crashes were all driven by the most powerful logic in the cryptocurrency speculation trade: adoption is everything. Since the early days of crypto, the announcement of new companies accepting crypto payments, new exchange listings, and new major investments have been the biggest and most consistent drivers of price movement.

If you buy stock with the purpose of pushing the price up so that other people will buy it, that’s market manipulation.

That logic, combined with Tesla’s reputation for innovation and Musk’s immense personal platform, mean that they have huge power to move crypto markets.

That power has been very profitable for Tesla, in ways that the conspiracy-minded might find suspect. After the bump generated in part by its own bitcoin moves, Tesla sold about 10% of its BTC for a $101 million profit, improving its first-quarter earnings results by nearly 30%.

To some extent, Tesla and Musk’s power to move markets is no different than that of veteran investors like Warren Buffett or Stanley Druckenmiller. They’re able to lead markets because people trust their judgment.

But it’s almost inevitably a gray area. Writing about WallStreetBets and GameStop earlier this year, Bloomberg’s Matt Levine encapsulated the horns of the dilemma:

That ambiguity certainly applies to Tesla’s bitcoin investment – the company’s market position meant its purchase was something of a self-fulfilling prophecy. The question becomes whether the purchase was based on that possibly manipulative thesis, or on a broader genuine belief in the asset. As Levine points out, it may ultimately be unanswerable, because the motives are so hard to tell apart.

Things are even less clear when it comes to Musk’s infatuation with dogecoin. Reuters and others have been unable to determine whether Musk has a personal position in dogecoin, which would be prerequisite to any genuinely out-of-bounds manipulation. There has been some speculation that the SEC could take an interest in his activities (a possibility Musk cheekily said would be “awesome”), but no clear evidence that they have.

But the legal question is probably less significant than the simple reality that Musk has DOGE on a rhetorical leash. He could crash it tomorrow if he really set his mind to it. Or he could simply lose interest and leave his Shiba followers to languish. Whatever Musk’s intent, that puts DOGE holders in a uniquely vulnerable position, dependent on the good graces of one man to hold up billions of dollars of nominal value.

And as for those DOGE devs Elon says he’s talking to? Dogecoin doesn’t have a particularly robust development community, and CoinDesk has been unable to determine who he means.