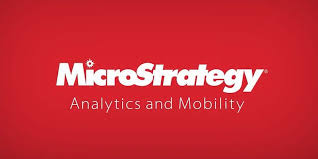 MicroStrategy announced the purchase of another $1.026 billion in bitcoin Wednesday, turning mountains of zero-interest debt into one of the single largest (dollar-denominated) bitcoin investments ever executed by a publicly traded company.

CEO Michael Saylor’s business intelligence firm bought the 19,452 BTC at an average price of $52,765 per coin. It now holds 90,531 BTC (+0.98%) worth $4.78 billion at press time, almost certainly bolstering its perception among Wall Street types as a de-facto bitcoin exchange-traded fund, albeit one wildly overpriced.

The latest buy, MicroStrategy’s single-largest dollar investment in the crypto, is second only to Tesla’s $1.5 billion investment on the list of (known) bitcoin allocations by a U.S. company. MicroStrategy was already and will likely remain the non-crypto firm with the biggest bitcoin bags as CEO Michael Saylor continues to pursue a coin acquisition strategy now codified in the business intelligence company’s mission.

Saylor has fully steeped himself in bitcoin’s swirling meme culture. He added laser eyes to his Twitter profile in apparent unity with the #LaserRayUntil100K movement last week. On occasion he trolls gold as an inferior reserve asset. He has shown a penchant for Lord of The Rings content, liking memes in praise of the “One Coin to Rule Them All” and retweeting videos in which he is Gandalf, leading the Rohirrim into battle against evil, evil fiat.

Subscribe to Crypto Long & Short, our weekly newsletter on investing.

The CEO is certainly angling to rally his corporate brethren under the Bitcoin Standard; he’s doing so with some success. Just days before Tesla poured $1.5 billion into bitcoin, a CoinDesk reporter spotted the senior director of corporate treasury for fellow Elon Musk enterprise SpaceX on the attendee list of MicroStrategy’s bitcoin-heavy annual conference. Musk and Saylor had previously plodded through bitcoin topics on Twitter.

Indeed, the company reimagined its annual client conference earlier this month into a corporate bitcoin how-to complete with a stream of crypto services providers ready to sign companies on as bitcoiners-to-be. For its part, MicroStrategy has gone with Coinbase.

MicroStrategy’s practice of issuing zero-coupon convertibles as a cash-raising mechanism is in line with that strategy. Investors in this latest round of convertible senior notes have been promised a 50% premium on MicroStrategy’s Feb. 16, 2021, share price of $955.