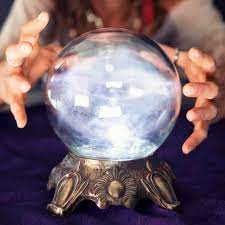 Bitcoin entered an ascending channel in mid-September and has continued to trade sideways activity near $19,500. Due to the bullish nature of the technical formation and a drop in the sell pressure from troubled miners, analysts expect a price increase over the next couple of months.

Independent analyst @el_crypto_prof noted that BTC’s price formed a “1-2-3 Reversal-Pattern” on a daily time frame, hinting that $20,000 could flip to support soon.

Yes, the price action of $BTC is really boring, isn’t it?

But if you look closely, a textbook “1-2-3 Reversal-Pattern” has formed in the last few days, which should finally send Bitcoin above 20k soon. pic.twitter.com/29Wa64XKQa

Fundamental analysts are also attributing the sideways action to troubled Bitcoin-listed mining companies. For example, Stronghold Digital Mining announced a debt restructuring on Aug. 16 that included the return of 26,000 miners.

One public miner, Core Scientific, sold 12,000 BTC between May and July, while publicly traded mining companies sold 200% of their Bitcoin production. Bitcoin enthusiast @StoneysGhoster adds that excessive leverage caused the forced selling, not the mining activity, itself.

Bitcoin is grinding sideways around 20k because public miners are in trouble and have to sell all their bitcoin.

Turns out taking out a bunch of debt was a bad idea.

Regardless of the base case for Bitcoin’s price recovery above $20,000, investors fear the impact of an eventual stock market crash as central banks continue to increase interest rates to curb inflation.

Considering the persistent uncertainty caused by macroeconomic factors, a strategy that yields gains in the $21,000 to $28,000 range while limiting losses below $19,000 seems the most prudent. In that sense, options markets provide more flexibility to develop custom strategies.

It starts with selling put options for upside exposure

To maximize returns, investors could consider the Iron Condor options strategy that has been slightly skewed for a bullish outcome. Although the put option provides its buyer the privilege to sell an asset at a fixed price in the future — selling this instrument offers exposure to the price upside.

The above example has been set using the BTC Nov. 25 options at Deribit. To initiate the trade, the buyer should short (sell) 1 contract of the $23,000 call and put options. Then, the buyer needs to repeat the procedure for the $25,000 options.

To protect against extreme price movements, a put option at $19,000 has been used. Consequently, 2.6 contracts will be necessary, depending on the price paid for the remaining contracts.

Lastly, if Bitcoin’s price rips above $32,000, the buyer will need to acquire 1.6 call option contracts to limit the strategy’s potential loss.

The max profit is 2x larger than the potential loss

The max net gain occurs between $23,000 and $25,000, yielding a return more than two times higher than the potential loss. Furthermore, with 35 days until the expiry date, this strategy gives the holder peace of mind —unlike futures trading, which comes with an inherent liquidation risk.