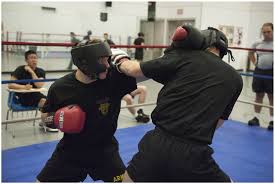 Bitcoin has reigned as the undisputed king of cryptocurrencies since it was created a little over ten years ago.

The bitcoin price has soared, with some ups and downs, over the last decade—climbing to around $11,300 per bitcoin today and giving bitcoin a total value of over $200 billion.

Now, as the market for stable coins—cryptocurrencies pegged to traditional currencies or assets—has doubled in the last three months, a new report has predicted the largest stable coin, the controversial tether, could become the second most valuable cryptocurrency after bitcoin as soon as next year—with “the still deflating broad crypto-asset bubble … migrating assets toward tether.”

Over recent years, bitcoin’s primary use case has evolved from a payments system to a store of value and more recently as a hedge against the inflation some see in on the horizon. McGlone expects recent unprecedented central bank stimulus spending and rising debt-to-GDP levels around the world to act as a strong tailwind for the bitcoin price, putting it on course to reach a whopping $100,000 per bitcoin by 2025.

“Indicating demand for a digital version of gold (bitcoin) and a crypto-asset like the dollar, if current trends prevail, the market cap of tether may surpass ethereum next year,” McGlone wrote, adding it “should take something significant to stall the increasing adoption of tether” which has been growing “rapidly” in contrast to “the stagnant market cap of ethereum.”

Ethereum currently boasts a market capitalization of a little over $40 billion, compared to tether’s relatively paltry near-$16 billion. However, tether’s total value has ballooned 300% over the last 12 months, while ethereum’s has merely doubled.

Bitcoin’s market value has risen at an even slower pace than ethereum, adding just under 40% since this time last year.

Elsewhere, data from analytics provider Skew has found futures contracts based on tether are now “almost on par” with those based on bitcoin.

As much as 70% of exchange trade volume is now denominated in tether, up from only a tiny fraction of the trade volume in 2017 when bitcoin accounted for 50% of trades, according to data from CryptoCompare.