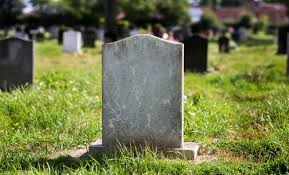 In a fresh Twitter survey on July 14, Schiff asked how long BTC/USD should trade at four figures or less for investors to sell their coins.

“I’m taking it to the grave”

With 18 hours left to run at press time, more than 13,000 people had responded to Schiff, who is now well known for his lack of belief in Bitcoin.

“This quiz is for Bitcoin HODLers,” he said, addressing his target audience.

“How much longer does the price of #Bitcoin have to stay below $10,000 before you will throw in the towel and sell?”

Schiff offered four options: one year, three years, 10 years and until the investor dies. Of those who replied, “I’m taking it to my grave” was easily the most popular choice, with 58% of the vote.

The result, likely not the one that Schiff was looking for, echoes his previous Bitcoin survey, which pitted BTC against gold. Then, respondents decided that both BTC/USD and XAU/USD would continue gaining as the latter hit nine-year highs of $1,800. 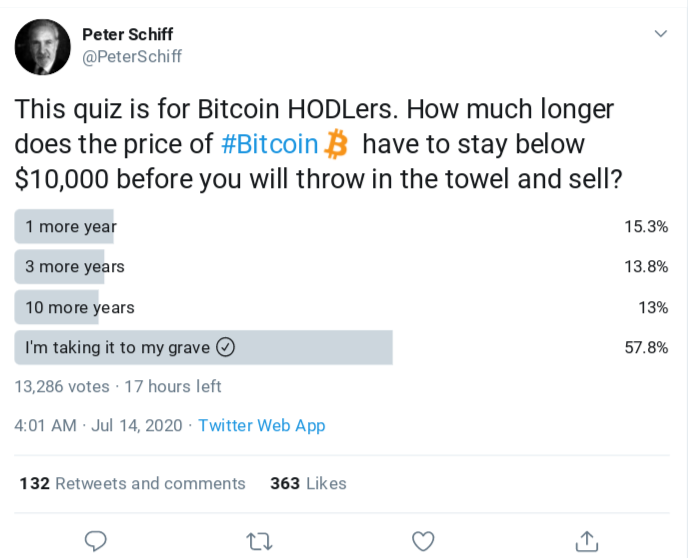 Twitter surveys are by their very nature unreliable, given their lack of curation and vulnerability to bias. For example, Bitcoiners could well have chosen their preferred option to prove a point to Schiff.

Schiff himself is also not above suspicion regarding his motives. Despite constantly lambasting Bitcoin, he owns a small allocation and was vocally disappointed when he temporarily lost his wallet password, making the effort to ensure he regained access.

In the still-raging battle of Bitcoin versus gold, Schiff may also be using Bitcoin to drum up footfall for his gold company, SchiffGold, from investors looking for a safe haven asset.

Not everyone is convinced that the two assets share a level playing field. This week, Robert Kiyosaki, author of Rich Dad Poor Dad, said in an interview that he believed gold stalwarts would be “phased out” as cryptocurrency took center stage.