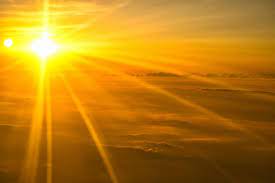 “Inflation” is the word is on everyone’s tongues.

A recent analysis by Bank of America found mentions of the purchasing power plunger spiked on earnings calls this quarter. Citations are up more than triple year-over-year per company, the biggest rise since 2004. In other words, Wall Street finally seems to be heeding the shrill warnings of Bitcoiners.

People are more and more worried that the Fed’s frenetic money-printing is going to cause price hikes for goods across the board. Commodities are already surging—lumber, anyone?—and as businesses raise the prices of products to account for the increased costs of raw materials, consumers’ wallets are likely to take a hit. Living could suddenly become a more expensive proposition.

The real problem will be what comes next. While the Fed has signaled that it is willing to let inflation rates run up higher than the usual comfort level of 2%, inflation could arrive fast and furious. If inflation outstrips wage growth—that’s the key—then the Fed could be forced to crank its monetary policy levers sooner and more aggressively than expected. That could court a recession.

That undesirable scenario is a cause for much hand-wringing. And the way markets work, when people get spooked, self-fulfilling prophecies can happen. As Bank of America’s analysts point out, rising inflation mentions on earnings calls is a leading indicator of economic decline; the two are tied together with a relatively strong correlation of 52%. It’s as though people speak a downturn into being.

The Fed isn’t yet concerned. The central bank said Wednesday that it would keep interest rates unchanged. But if the money-printing priesthood encounters any surprises, it may need to change its tune in the coming months.

If everyone agrees inflation could pose a threat, they disagree over what to do about it. Bitcoin boosters have long touted their precious cryptocurrency as a kind of “digital gold,” a hedge against inflation. As the value of the U.S. dollar declines, they say, Bitcoin will provide a refuge for people’s wealth.

Big banks and others disagree. In another research note last month, Bank of America warned investors that Bitcoin “has not been particularly compelling as an inflation hedge.” Goldman Sachs piled on—despite seeking to offer Bitcoin to its wealthiest clients—warning that Bitcoin’s energy use and increasing competition from other cryptocurrencies (like Ether, and, I guess, Doge) dent its aspirations.

The doubters are many. Nassim Nicholas Taleb, author of Black Swan, recently told CNBC that Bitcoin is an “open Ponzi scheme,” a “gimmick,” and a “game.” He added, “There is no connection between inflation and Bitcoin—none.”

The fact remains that, in the U.S., inflation rates have mostly stayed in check since Bitcoin came on the scene in 2009. The cryptocurrency hasn’t really had a chance to prove itself in an inflationary environment. But that could change—and if it does, everyone will be watching to see whether Bitcoin holds up, or whether it crashes, like it did a little over a year ago.