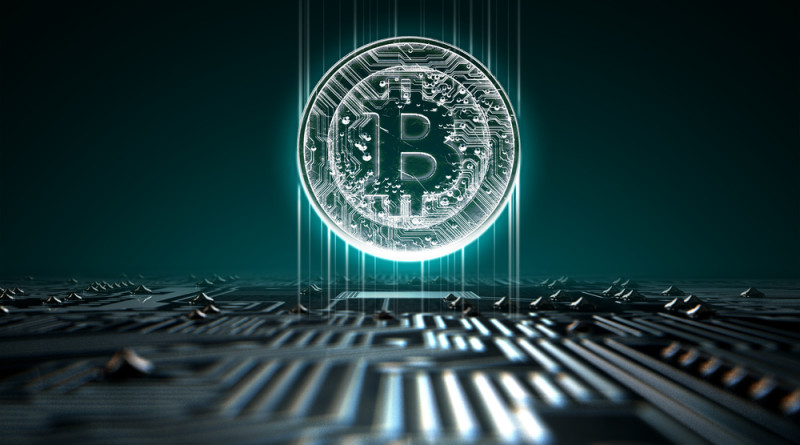 Bitcoin’s (BTC) recent volatile price corrections might conjure up images of the 2017 crash in your mind, or maybe even the crash caused by COVID-19 back in March of this year. But the fact that Bitcoin has reached $20,000 for the first time in history is not a reason to sound the alarm.

Despite the fact that the price of the world’s most valuable cryptocurrency is up more than 225% this year, the current bull run we’re living through is unlike the Bitcoin mania we saw back in 2017. Far from it. There are four key reasons for this:

These four reasons aren’t just relevant now; they will all continue to play a role in the future growth of Bitcoin. Consider this your newsflash. Bitcoin doesn’t live in a bubble anymore, and soon, the traditional financial world is the only thing that’s going to burst.

Institutional investment in Bitcoin skyrockets in 2020

A publicly traded business consulting firm called MicroStrategy now owns 38,250 Bitcoin, currently worth just under $640 million. The BTC was originally purchased for around $250 million earlier this year. Thanks to the enormous scale of the purchase and its profitability so far, company CEO Michael Saylor has become quite the Bitcoin evangelist. Apart from major investment trusts, no company owns more Bitcoin than MicroStrategy.

Saylor and his company are joined by Square CEO Jack Dorsey in their enthusiasm for Bitcoin. Dorsey purchased roughly $50 million worth of the cryptocurrency for his company. What’s more important than that $50-million investment, however, is that estimates suggest both Square and fellow payments competitor PayPal are swallowing up more than 70% of newly mined Bitcoin entering circulation. Square lets customers use cryptocurrency as payment; PayPal lets customers and merchants purchase Bitcoin directly from their PayPal accounts. Both gateways are currently creating quite the windfall for Bitcoin’s market capitalization.

In 2017, it would have been difficult for you not to hear about Bitcoin. Whether a friend or family member talked to you about it at Christmas, or you heard about it in the news or in TV commercials, the fact is nearly every major media outlet was covering the price boom at the time.

Fast-forward to the present day, and you can take a look at Google Trends to see that searches for the word Bitcoin have been trending at a high level recently, yet apart from investment-specific television programming, you don’t hear about Bitcoin in the mainstream media nearly as much, with some exceptions of course.

This means we’ve reached a new milestone for adoption. More and more people know about cryptocurrencies than ever before, and now they follow the asset class more closely.

Russia, China, Canada, the European Union and many other countries are either already working on their own central bank digital currencies or publishing white papers detailing their intentions to do so. Moving away from paper money and plastic credit cards is the natural next step for the world as payment technologies continue to advance. But as crypto enthusiasts know, a digital currency built on a blockchain owned by a central bank or government isn’t the same as one built on decentralized technology.

This is obviously a sign that the powers that be in the old financial world are seeing the writing on the wall. They are doing everything they can to protect a system that favors those in control. But CBDCs and more stringent government regulations will only continue to blur the lines between government-backed digital currencies and Bitcoin. It’s only a matter of time before society chooses the latter over the former.

Retail investors in emerging markets are counting on a Bitcoin revolution

Not only are Google searches for the word Bitcoin at an all-time high, but the two countries with the highest surge in search volume at the moment are Nigeria and South Africa, both of which are developing nations with unique challenges. It turns out that search volume is not just a sign of new crypto investors doing research; it’s leading to large amounts of capital flowing into the space.

While institutional investment is surely a driving force, pushing the value of Bitcoin higher, people around the world, who can no longer trust the economies they used to depend on, are putting their capital to work and betting on a Bitcoin revolution that’s going to change their future for the better.

The future is bright for Bitcoin

Don’t be mistaken. There are certainly many challenges still to come for Bitcoin and other cryptocurrencies. Just this month, Coinbase announced the suspension of margin trading because of changing government regulations. The news is a reminder that governments will continue to try to regulate everything, and detractors will continue to denounce Bitcoin’s fundamental value.

Still, the future for Bitcoin and all other cryptocurrencies is bright. Cameron and Tyler Winklevoss think Bitcoin is going to be worth more than $500,000 per coin within the next 10 years. An advisor at Citibank sees a $300,000 Bitcoin much sooner than that.

Those numbers might seem like they are way too optimistic, but remember, it wasn’t that long ago that a $25,000 Bitcoin seemed impossible, and now we are almost there. Except that from here on out, the path to mass adoption is no longer about educating new investors, it’s about getting people, corporations and, eventually, governments to finally put their capital where their crypto is… and they will all do so sooner than you think.