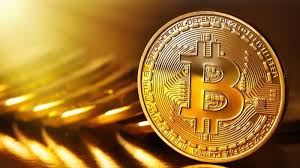 In a recent blog post, The Street, a financial news website, noted that seasoned crypto investors are capable of making general predictions on the future performance of digital assets by evaluating investor behavior, market trends and valuations. In this regard, the founder of Bitcoin Talk Radio, Jim Blasko, believes that the value of Bitcoin will peak at somewhere between $100k and $200k in Q4 2020 or Q1 2021.

The prediction made by Blasko is based on the mining rewards mechanism on the Bitcoin network. According to him, Bitcoin investors will experience the fear of missing out when the Bitcoin network halves the mining rewards from 12.5 BTC to 6.25 BTC. Every time the rewards are halved, it will be a reminder to investors that the supply of Bitcoin is approaching its cap. This fear will drive up the value of the cryptocurrency due to increased demand.

Marshall Long backed the argument made by Blasko, alluding to the halving of mining rewards from 50 BTC to 25 BTC in November 2012. Back then, the reduction resulted in the price of Bitcoin shooting from the previous record of $30 to $1,200 within a short period. Marshall, who is a co-founder of the eBoost crypto-powered gaming platform, also stated that clarification of crypto regulations could significantly drive up the value of the world’s first digital currency. Long added that he is eagerly-waiting the US Securities and Exchange Commission’s verdict on Bitcoin ETFs, as it has the potential of igniting a bullish trend.

Additionally, Marshall believes that the adoption of cryptocurrencies has increased in recent years. For instance, there are currently over 30 million investors who own crypto wallets. This is a significant improvement on the 9 million wallets that were existent in 2016. Long mentioned that an increased awareness on Bitcoin will translate into increased usage, leading to soaring of the coin’s price.

Michael Jeoung, the CEO of TrustVerse, was heavily critical of people who are having fears, uncertainties and doubts about the crypto space. Specifically, he said that such individuals are overreacting. He urged investors that are troubled with the harsh stance adopted by governments such as China to note that many countries are aiming to introduce their own virtual currencies, regulated and licensed by their respective central banks. Jeoung is confident that this is adequate proof that cryptocurrencies are going nowhere and might even become mainstream in the future.