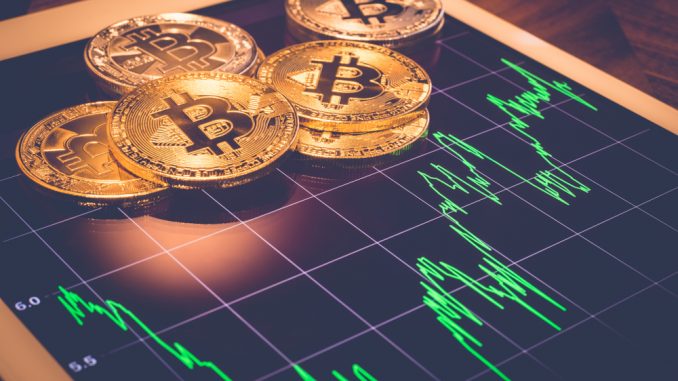 Bitcoin prices surged this morning, rising to their highest since September, as the cryptocurrency continued its current, bullish trend.

The digital currency climbed to as much as $10,351.46, according to CoinDesk price data.

At this point, bitcoin had appreciated more than 6% since the start of the day and was trading at its highest since September, additional CoinDesk figures reveal.

“Bitcoin price was testing support after crossing $10,000, and found it around $9,800, after which it once again attempted and successfully crossed $10,000 today,” he stated.

“$10,000 is one of the most significant psychological price levels for Bitcoin,” emphasized John Iadeluca, founder & CEO of multi-strategy fund Banz Capital.

Further, it is “a massive systematic parameter for automated trading, exchanges, and others,” he noted.

“From a psychological level, the $10,000 Bitcoin price marks more headlines, more gossip, and more mainstream interest, which all plays into the ‘long’ formulation of algorithms within cryptocurrency market,” said Iadeluca.

A few analysts offered their perspective on what the world’s most prominent digital currency will do after surpassing the key $10,000 price level.

“Moving forward, we can expect Bitcoin to enter a consolidation pattern to try and establish firm support above $10,000,” stated DiPasquale.

Danial also weighed in, stating that “historically, Bitcoin reaches a higher high compared to the previous high every time it bottoms out.”

“With this particular uptrend, I’m eyeing the $15K level as the final destination,” the cryptocurrency reaches “over the next couple of months.”