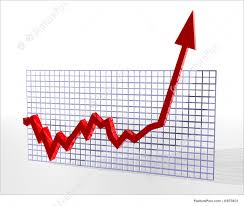 Bitcoin has risen above $61,000 on Friday, the first time since April.

Bitcoin surged more than 3% after Bloomberg reported Thursday citing sources that the Securities and Exchange Commission is poised to greenlight the first U.S. bitcoin futures exchange-traded fund. The regulator is not likely to block the funds from starting to trade next week, according to the report.

Bitcoin also rose about 2% in the early afternoon on Thursday, after the SEC’s investor education office sent a tweet warning investors to weigh the risks and benefits of investing in a fund that holds bitcoin futures contracts. Some investors took it as a signal that a bitcoin futures ETF could get approval imminently.

The SEC may either approve, reject or delay the proposals for bitcoin futures ETFs filed by ProShares, Valkyrie Investments, Invesco and VanEck in the next two weeks.

“A rise past $60,000 has been looking likely for a while now after weeks of positive net inflows into bitcoin from institutional investors, a growing migration of bitcoin from short-term holders to long-term holders, and the attendant squeeze on bitcoin supply,” wrote Simon Peters, crypto analyst at multi-asset investment platform eToro through email.

“The current cycle continues to mirror that of 2013, suggesting that bitcoin is still very much on an upwards trajectory, though we may see some resistance at the current level,” Peters wrote.

Mikkel Morch, executive director at crypto hedge fund ARK36, wrote that “bitcoin blockchain data, with the 200-day and 100-day MAs poised to form a bull cross and the spike in the illiquid supply, do give reasons to be very bullish in the medium term and suggest that BTC is ready for a strong move upwards.”

“However, a Bitcoin ETF approval is likely already priced in at this point,” Morch wrote.