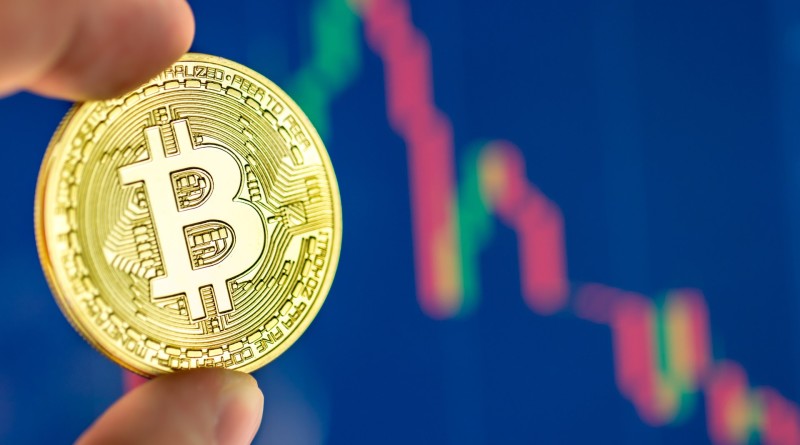 Over the last few hours, Bitcoin price (BTC) swiftly dropped 3% from $8,863 to $8,557 and for the third time in 24 hours bulls were forced to defend the $8,600 support level, which has currently been bought into on each dip.

The pullback came after the digital asset struggled to rise above $9,000, twice testing $8,863 over the past day, which could be interpreted as a take profit signal for traders. 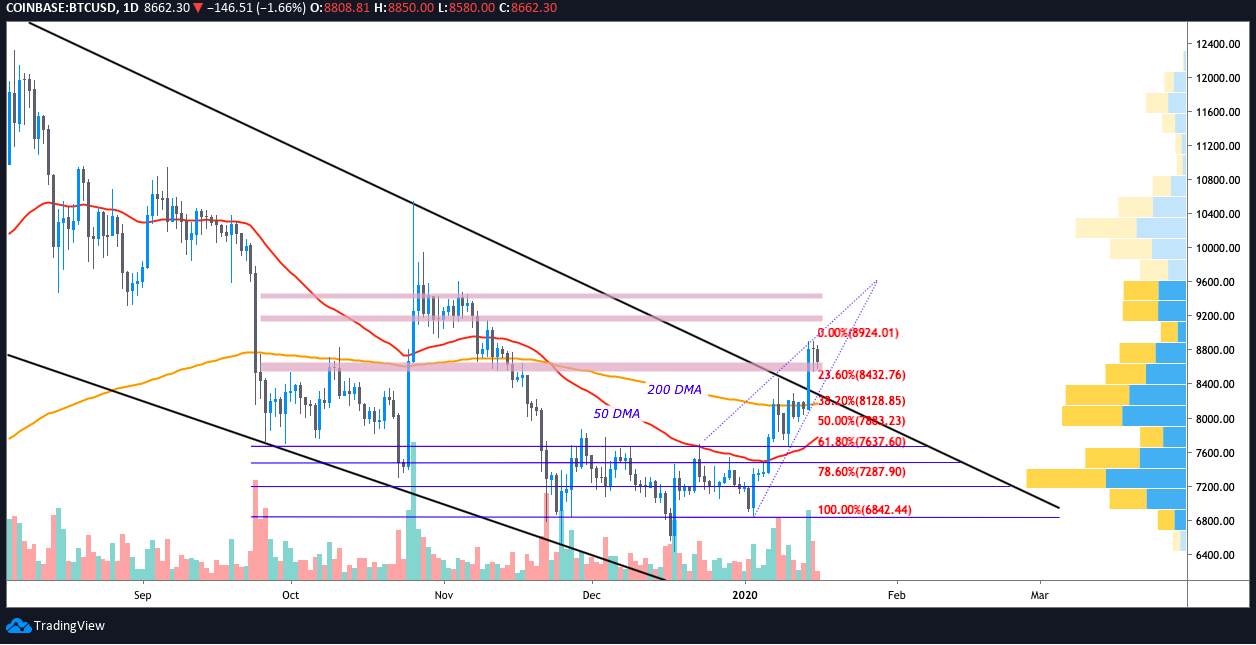 At the time of publishing, the price remains above the descending channel trendline at $8,300 and the 200-day moving average, which is located at $8,173. The 200-DMA is also slightly above the 38.2% Fibonacci retracement level at $8,093 and the pattern of higher lows remains intact.

On Jan. 15, Cointelegraph contributor Michaël van de Poppe tweeted that a pullback to $8,400 would be healthy. 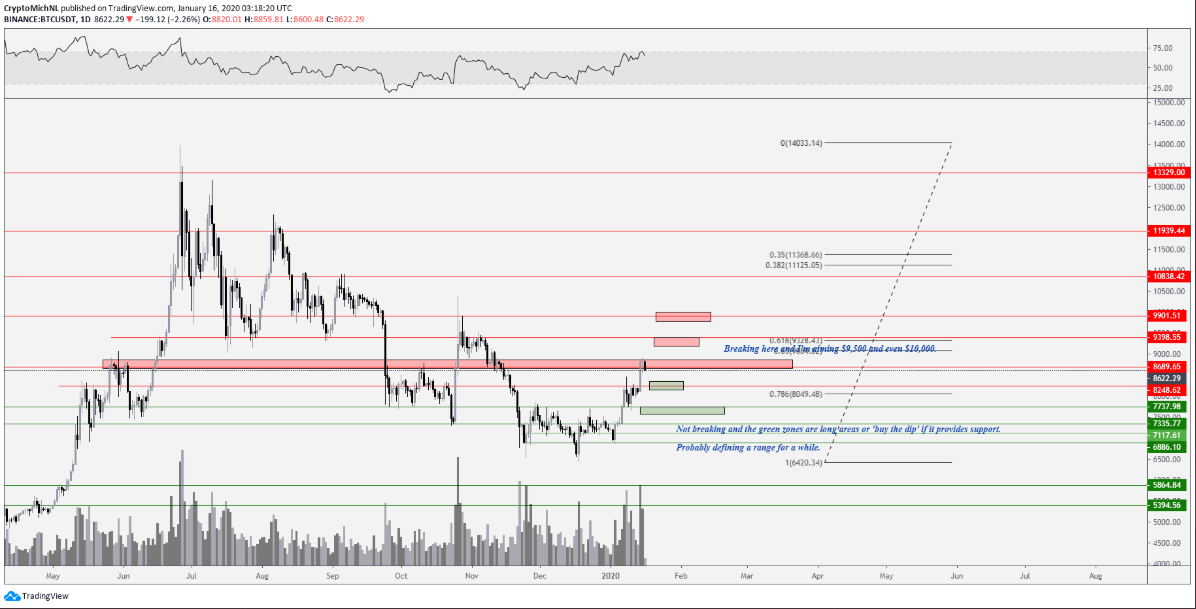 If such a move were to occur over the next 24 hours, the price could bounce off the ascending trendline and 23.6% Fibonacci retracement to have another go at $9,000. Failure to hold above $8,300 would see Bitcoin retest the soft support at the 200-DMA and below this traders will look for a golden pocket bounce off the 50-DMA and 61.8 Fibonacci retracement level at $7,775.

Some traders have noticed that an M-Top can be seen on the 4 and 6-hour time frame and cautioned that this is an ominous sign. Similar patterns developed after Bitcoin’s June 2018 rally to $13,800 and also after the digital asset reached an all-time high in December 2017. 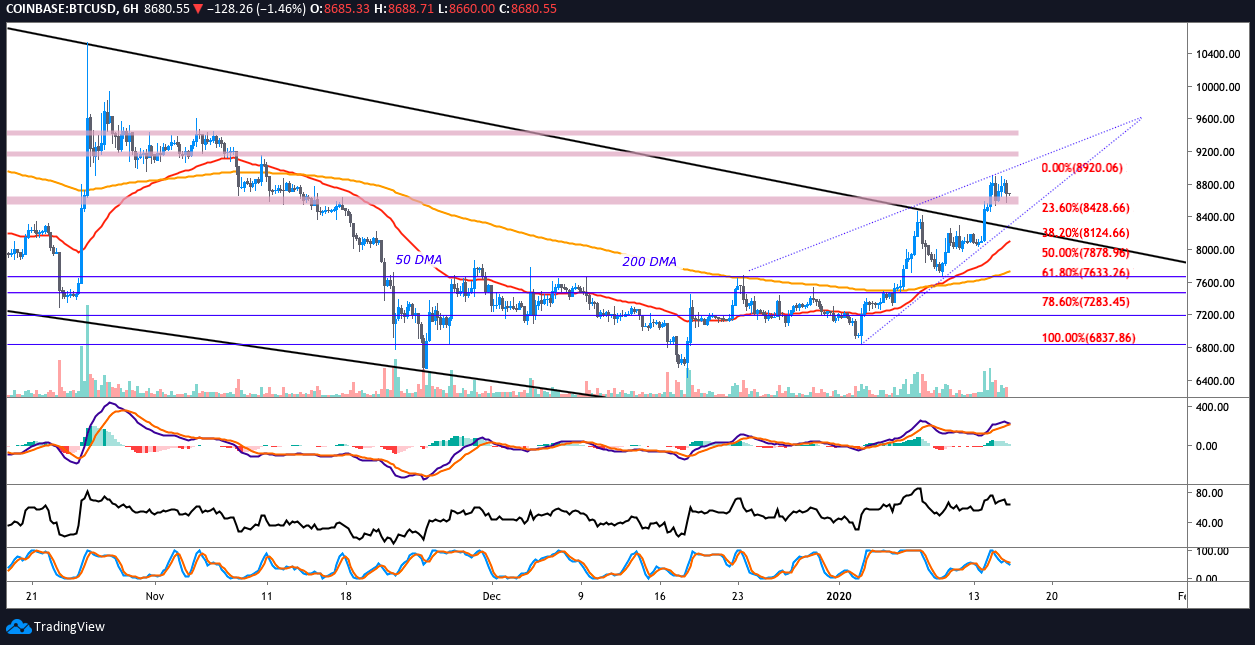 Right now, it is a bit premature to call a reversal based on the supposed “M-top” and traders should watch to see if Bitcoin can hold the $8,600 to $8,548 zone (highlighted in pink).

If this zone gives way and the current ascending trendline and the descending channel trendline are breached at $8,300 then traders will look for a bounce at the 50-DMA ($7,775).

A minor pullback and a period of consolidation over the short term seem routine as the relative strength index (RSI) and moving average convergence divergence indicators show that the current rally was becoming overbought as buyers struggled to push through $9,000.

In the event of a stronger pullback, traders who already took profit at $8,900 will most likely wait to see if Bitcoin price can bounce off the descending channel trendline or consider buying on strength if the price manages a 4-hour close above $9,100 where this is support ranging from November 2019 all the way to July 2019.

The overall cryptocurrency market cap now stands at $237.2 billion and Bitcoin’s dominance is 66.6%. Altcoins that recently posted phenomenal gains have also cooled off as Bitcoin SV (BSV) pulled back 16.47% and Bitcoin Cash (BCH) dropped by 3%. After a brief pullback, Dash (DASH) has continued its rally, gaining 4% over the last 24-hours.