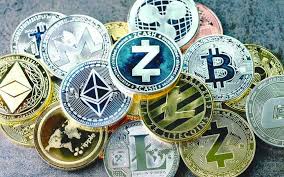 There have been spectacular increases in the price of altcoins in 2021. Thus it is no surprise that the market is looking for new low-priced altcoins that could make new “crypto millionaires.” As a result of the recent sell-off in digital currencies, cheaper altcoins might look like attractive assets due to their potential upside. Therefore, today I’ll discuss seven low-cost cryptos that still have solid upside potential in the rest of the year.

What a week it has been for cryptocurrencies. In a matter of days, many of the darlings among digital assets are about 50% down from their all-time-highs hit earlier in the year. For instance:

The recent sell-off in the cryptocurrency space is the biggest in over a year. Yet, the correction across cryptos is likely to bring back interest among investors who are looking for “penny” altcoins that could be the next Dogecoin.

Blockchain is a distributed ledger of all transactions along numerous devices, or nodes. This ledger utilizes software algorithms to record such transactions with anonymity and reliability. Smart contracts are pre-specified agreements on blockchain platforms, which currently aim to grow ecosystems of decentralized applications.

Recent research led by Kirsten Wahlstrom University of South Australia points out, “Blockchain enables the decentralized web by relying on a network of computers for distributing data. Each computer can act as a node, with power and memory on a distributed storage network system.”

Currently, there are two main approaches to decentralization and security: Proof-of-Work (PoW) and Proof-of-Stake (PoS). Bitcoin uses a PoW process to verify blockchain transactions, which brings us to the issue of “scalability.”

In computing, scalability typically refers to a system’s capacity to handle an increasing amount of work or transactions per second (TPS). You are likely to have heard that Bitcoin is not scalable as it does not achieve a high TPS.

Having learned from some of Bitcoin’s limitations, new blockchain networks launch their own cryptocurrency tokens. Then they require users to buy those tokens to interact within their platforms. If a platform and services offered add value, then more individuals and even businesses rely on the platform, leading to token purchases. Meanwhile, the price of the crypto increases.

There is no denying cryptos have become speculative assets. However, decentralized finance (DeFi) and the mainstream use of smart contracts are on the rise. Several of the best blockchain projects and companies will see their altcoins become more valuable in the future. Therefore, crypto investors need to ideally value such altcoins through their utility in real-world applications.

Due to rapidly changing market dynamics and technological improvements, the list will potentially need to be updated regularly with new projects and tokens.

With that information, here are seven low-cost altcoin picks that could have huge growth potential in the near future:

The Basic Attention Token (BAT) is a blockchain-based system that tracks media consumers’ time and attention online. Through Brave Rewards, which is built on BAT, it pays publishers for their content. Individuals can use a new browser, called Brave. Meanwhile, advertisers can target particular groups of users more efficiently.

BAT-USD is designed for use in the Brave browser, and was launched by the co-founder of Mozilla and Firefox, Brendan Eich. The digital currency had its initial coin offering (ICO) in May 2017.

The Brave browser has over 25 million monthly users. Those crypto fans who believe the Brave ecosystem that is made up of users, creators, and advertisers will grow further need to keep BAT-USD on their shopping list.

Our next crypto, LINK-USD, is an Ethereum token powering the Chainlink network. According to its original whitepaper, Chainlink is a Decentralized Oracle Network (DON), or “a group of independent blockchain oracles that provide data to a blockchain.”

Oracles are sources of data between the blockchain and the “real” world. In other words, Chainlink aims to link independent blockchain projects to real-world data. In its own words, Chainlink is working to address “the problem of interoperability and connectivity.”

According to Kraken, “Every oracle within the Chainlink network is incentivized to provide accurate data since a reputation score is assigned to each.” LINK-USD is used to pay the network’s oracles for providing secure data feeds.

Incorporating real-world data could mean enormous potential for blockchain networks in the long-run, and LINK-USD might become a leading crypto standard among decentralized oracle networks. The crypto deserves further due diligence and a possible place in long-term portfolios. 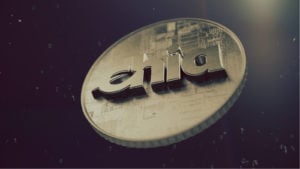 Our next altcoin, Chia, is not necessarily a low-cost, or a penny altcoin. But it is a new crypto that started transactions in early May.

It has quickly caught the attention of investors who regard it as a green alternative to Bitcoin. Bram Cohen, the founder of Chia, has also helped set up the BitTorrent (CCC:BTT-USD) network.

Instead of proof-of-work, the Chia network relies on “proof-of-space-and-time.” Thus anyone can mine XCH-USD on a single computer and store data over a span of time. So if you want to earn XCH-USD, you’d need to allocate space on your computer’s hard drive for the network to run.

Since its launch, the price of Chia has been volatile. Amazon (NASDAQ:AMZN) has recently announced that users can now mine Chia on the cloud platform Amazon Web Services (AWS). Crypto fans have welcomed the news.

Chia plans to go public on an equity exchange in the U.S. Therefore, investors who believe that disk space instead of computing power will provide catalysts to acquiring tokens should keep XCH-USD on their radar. InvestorPlace.com contributor Brenden Rearick has given an update on the crypto exchanges where you can trade Chia. As more exchanges get added to the list, Chia’s price could definitely increase. 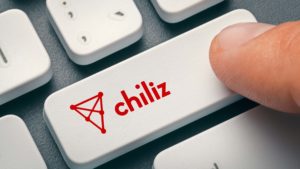 Chiliz operates in the non-fungible token (NFT) space, which has become the latest global digital token phenomenon. Such blockchain-based tokens are certificates of ownership of virtual or physical assets. Most of these token are currently built on the Ethereum platform.

CHZ-USD is the crypto for the Chiliz and Socios.com platforms. Chiliz.net is a tokenized sports exchange where fans trade or purchase sports-branded tokens. It has become the leading blockchain in the esports arena.

Similarly, on Socios.com, users can, for example, buy voting rights for their favorite teams. They interact with European soccer clubs like FC Barcelona, Manchester City, Juventus, Atletico de Madrid or Paris Saint-Germain. These clubs can set up their own tokens and sell fans special perks, such as voting rights on team jersey designs or early access to game tickets. There are over 100 sports teams on the platform.

The company is beginning to grow its U.S. operations, too. CEO Alexandre Dreyfus noted, “the company is preparing to launch fan tokens with franchises from the five major U.S. sports leagues.” In late April, the group partnered with the New Jersey Devils of the National Hockey League. The aim is increased audience monetization and fan engagement.

Sports fans can certainly push Chiliz further up in the coming months. InvestorPlace.com readers are well familiar with the massive popularity of fantasy sports. Participation by sports fans could continue to provide tailwinds for the Chiliz token. Finally, the company regularly updates the list of exchanges where crypto users can buy CHZ-USD.

As a result, many hail Holochain as a cheaper, more scalable alternative to blockchain. Those who provide computing power and storage earn “HoloFuel” in return for sharing extra space and computing power to host apps.

Users do not have to receive confirmation for every transaction from network participants or record it on the blockchain. Instead each peer in the network stores its own data locally within its device. Peer-to-peer (P2P) web applications can, therefore, function faster without the need for a centralized infrastructure.

If you believe the technology behind Holochain could increase in importance, then you should consider HOT-USD as a possibly crypto to add to your portfolio. Finally, here is a list of exchanges where you can buy the altcoin. 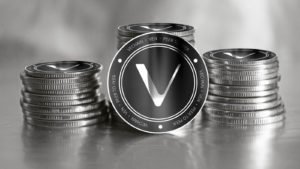 Next up on our list of low-cost altcoins and crypto names is the VeChain Thor Blockchain, an enterprise level public blockchain platform. It aims to make supply chains transparent through the smart contract feature of blockchains.

A recent academic thesis by Pietro Palamara of the School of Industrial and Information Engineering, the Polytechnic University of Milan, Italy, cites:

“Vechain is a permissioned blockchain platform based on Ethereum blockchain, it was developed by the Chinese BaaS company BitSe, based in Shanghai and founded by ex-managers of IBM, Louis Vitton and Alibaba. Developers of Vechain aim at completely eliminating the threat of the market of counterfeit goods, using the potentialities of smart contracts and blockchain technology.”

VeChain works on the Proof-of-Authority algorithm, offering a higher level of scalability for enterprise solutions. It has developed partnerships with PriceWaterhouseCoopers (PwC), Yida China Holdings, BMW (OTCMKTS:BMWYY), and Renault (OTCMKTS:RNLSY).

As the leading crypto in supply chain tracking that offers a technological solution to logistics problems, VET-USD deserves your attention.

Zilliqa has become the first public blockchain to implement sharding, which is “is a way of partitioning to spread out the computational and storage workload across a peer-to-peer (P2P) network so that each node isn’t responsible for processing the entire network’s transactional load. Instead, each node only maintains information related to its partition, or shard.”

Research regards sharding as “one of the most promising solutions to scale blockchain.” Since it can handle a large volume of transactions, enterprises are taking notice. The platform also has its own programming language, Scilla. Its mainnet was launched in January 2019.

Zilliqa was developed at the National University of Singapore and is backed by Neo Global Capital, One Block Capital, and other venture capital investors. The group updates the list of crypto exchanges where interested investors can buy ZIL-USD.