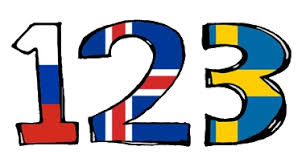 Bitcoin prices tumbled 6.2% Thursday, falling below $11,000 for the first time in a month.

The price drop trimmed the largest cryptocurrency’s 2020 rally to 50% and sent digital-asset market traders and analysts scrambling to explain the sell-off.

The Standard & Poor’s 500 Index of large U.S. stocks retreated Thursday after climbing to a new record high earlier in the week. A report showing new U.S. jobless claims at 881,000 in the final week of August was better than feared – and the lowest since the pandemic hit earlier this year – but still well above the 665,000 level that marked the high point of the last recession in early 2009. Pantheon Macroeconomics called the figure “still grim,” while Navy Federal Credit Union economist Robert Frick said the labor market was “continuing to struggle, and not showing improvement despite COVID-19 levels that declined in August.

“There could be an overlap between equity sellers and digital currency sellers. The largest equity market decliners this morning are tech stocks, including retail trading darlings, Tesla and the FAANG names [Facebook, Amazon, Apple, Netflix and Alphabet, once Google]. It is unclear if this will push into a continued broader crash in equity markets, which could put more pressure on digital currencies, or if it is just a short-term correction.”

2. Bitcoin got pulled down because of DeFi unwinding

Traders have been getting out of the recent speculative fervor in decentralized finance, or DeFi, much of which takes place on Ethereum, the second-largest blockchain. Prices for ether, the native currency of the Ethereum blockchain, tumbled 8.3% on Thursday after a 7.6% drop the prior day. Yet those price drops followed gains of 54% in July and 25% in August amid reports of eye-popping dollar amounts flowing into DeFi – especially with recently-launched projects like Compound, Yearn.Finance and SushiSwap – attracting attention from traders to the fast-growing and lucrative-but-risky pursuit of “yield farming.” Total value locked in DeFi more than doubled in August to $9.5 billion, but in the past few days the amount has shrunk to $9.1 billion, according to the website DeFi Pulse.

Denis Vinokourov, head of research at the crypto prime broker BeQuant, told CoinDesk in an email: “The explosive growth that decentralized exchanges (DEXs) and all things DeFi has finally reached levels that begin to impact on the sentiment across its centralized exchange (CEX) counterparts, with the sell-off triggered by a combination of stratospheric Ethereum fees. Also, an aggressive unwind of the very crowded trade across Uniswap token related positions in the wake of a number of tokens, namely PIZZA and HOTDOG, dramatically collapsed from $6,000 to $1 in a mere few hours. This is likely because the same assets (bitcoin, ether and others) are used aggressively to structure collateralized positions. Similarly to another DeFi heartthrob SushiSwap, these offerings were also Uniswap clones. DEX and DeFi trading is no longer a hobbyist activity and a number of firms that dominated CEX space have recently ventured out into DeFi to generate alpha. As such the Chinese wall that once separated markets is no longer in place and sentiment from one market will flow into another, and vice versa.”

3. Miners sold some of their bitcoin

Bitcoin miners and possibly traders decided to take risk off the table by trading in some of their cryptocurrency, which they receive as rewards for helping to maintain the security of the blockchain network. CoinDesk reported prior to Thursday’s sell-off that blockchain data were showing elevated transfers of bitcoin to exchange wallets, typically seen as a precursor of heightened selling pressure. According to CryptoQuant, a blockchain-data analysis firm, tracking of major bitcoin-mining pools showed an increase in bitcoin being transferred out – ostensibly also to exchanges for a possible sale.

Ki Young Yu, founder of CryptoQuant, told CoinDesk in a Telegram chat: “Miners are good traders. I think they are just looking for selling opportunities, not capitulation. I think it’s going to be the war of miners between those who want a bitcoin price rally and those who don’t. Some Chinese miners already realize their mining profitability (ROI), and they might not want new mining competitors joining the industry because of the bull market.”