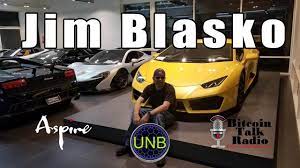 In an Oct. 7 post on Facebook, Blasko said he found code dating back prior to the earliest days Satoshi went public with Bitcoin by “using some browser hacking” on open-source software development platform SourceForge, where the cryptocurrency was registered in November 2008. He included claims that it took the BTC creator six months to mine 1 million coins “as block 20,000 wouldn’t come until July 22nd 2009 and others like Hal [Finney]” were also mining.

“This particular upload was thought to have been lost for at least 10 years, but after doing research on some old coins I made, I went to [SourceForge] and with a little browser hacking I found the lost Bitcoin v0.1 raw data and files,” said Blasko. “Since 2012 it was thought that the raw code and the files were gone as they had been scraped from the [SourceForge] search engine for some reason […] I did some digging and I was able to find the original code.”

According to the two SourceForge links provided by Blasko, Satoshi’s personal notations included remarks on why Bitcoin used base-58 “instead of standard base-64 encoding” and questioned what to do about errors in the future:

The first Bitcoin block — the Genesis Block — was mined on Jan. 3, 2009, following Satoshi releasing the cryptocurrency’s white paper in 2008. Satoshi’s identity continues to be a source of speculation among many in the space, with the pseudonymous creator being remembered with statues, papers, memes and nonfungible tokens.